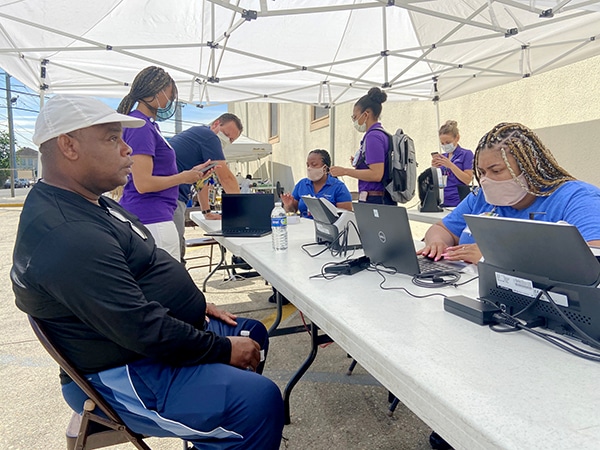 Ochsner staff collect information on everyone who took part in the COVID-19 testing Tuesday at the New Hope Baptist Church in Central City. (Danae Columbus)

I want to be a part of the city’s long-term economic recovery. That’s why I got tested for the COVID-19 yesterday at New Hope Baptist Church in Central City. Administered by Ochsner Medical Center, which has the in-house lab capacity to turn around results within 72 hours, the process was quick, easy and painless.

I am a firm believer that everyone should get tested. It’s better to know whether you have the virus — or whether you are a carrier with no symptoms. In addition to determining who should be quarantined, test results serve as a useful guide for public health officials and elected leaders to determine where the virus is more prevalent, how it spreads, where to deploy resources and when to relax stay-at-home restrictions. 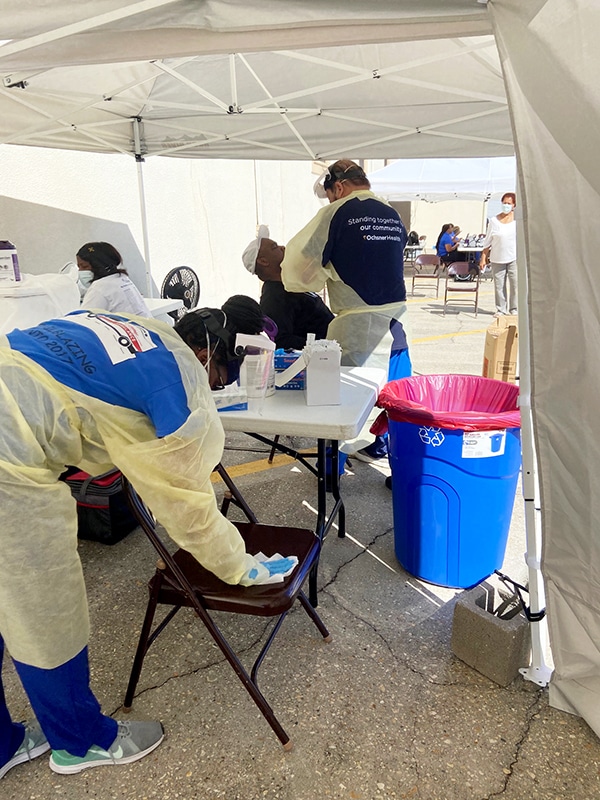 A nurse cleans a chair in preparation for next participant while another conducts the test. (Danae Columbus)

The free COVID-19 test currently being administered at sites around the city is a viral diagnostic known as a PCR test done with a swab.

Several private labs in Louisiana and also offering a blood test that shows who had the infection in the past. It is administered via a finger prick and checks plasma for specific iterations of the immunoglobulin-M and immunoglobulin-G antibodies created by the immune system in response to COVID-19.

As of May 6, almost 190,000 Louisiana residents have  been tested, which equates to 4,174 tests per 100,000 residents. Louisiana ranks 13th nationwide in the number of tests already administered, according to The Washington Post. States that have performed a larger number of tests include California, Florida, New York, Texas, Massachusetts and Georgia.

Testing in America got off to a slow start but is increasing with more states and cities preparing to reopen. As the death toll rose in March and April, testing lagged. Thanks to Gov. John Bel Edwards’ cordial relationship with the president, Louisiana will receive enough test kits for the process to continue. Some states are still scrambling to receive an adequate number of test kits.

To the dismay of many health care officials, there is no coordinated national testing system. Currently testing criteria and frequency vary among states and even within states. Some towns, such as Bolinas in California, have tested every resident.

According to The New York Times, Israel is currently conducting a national serological test of 100,000 citizens to assess the nation’s overall exposure and determine the prevalence of antibodies to COVID-19. Germany will also be conducting national antibody testing. The effectiveness of these blood tests could be diminished if the virus mutates, which is eventually expected. 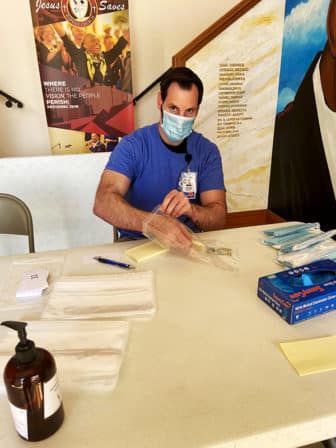 Each week 1.5 million Americans are being tested, although the need is much greater. Limitations exist because current testing platforms can only run so many tests a day.  Some experts are advocating for the development of a rapid antigen test like the one currently administered for the flu or strep, which could be available in any doctor’s office.

In the coronavirus recovery legislation, Congress made a decision to spend $25 billion on testing. Pulitzer Prize-winning economist Paul Romer said that bi-monthly testing would build confidence that people could go back to work or go shopping without getting sick. In an interview this week in The New Yorker, Romer said that fear and uncertainly must be addressed for the economy to become vibrant again.

Louisiana has done a good job so far of bringing the virus under control, though cases are still exploding in other parts of the country. Perhaps the higher number of infections and deaths can be attributed to better testing. A lack of social distancing is probably the real culprit. Testing, tracing and isolating those who fall ill seems to be in the cards — along with face masks and social distancing — until a vaccine becomes available.

Mayor LaToya Cantrell could begin lifting the stay-at-home restrictions in mid-May. While we will enjoy our new freedom, we cannot become complacent about mitigation and social distancing. Complacency would only cause causes to multiply.

Free viral testing is taking place today through Saturday at Franklin Avenue Baptist Church. On May 11-13, testing will be available at Orleans and North Claiborne avenues.