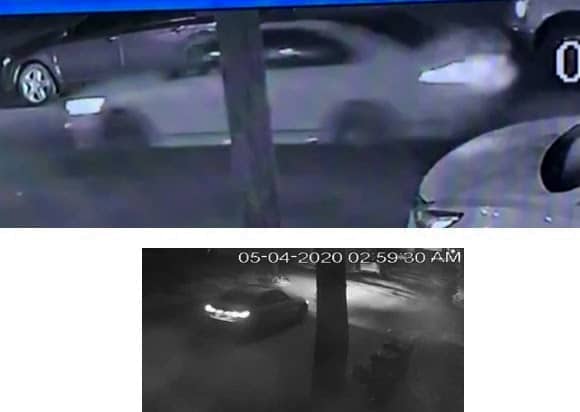 This car is connected to a string of vehicle burglaries in Uptown neighborhoods on May 4. (via NOPD)

The New Orleans Police Department is investigating a string of vehicle burglaries that occurred Uptown on May 4.

In the early morning hours, the pictured vehicle was observed as the in video footage taken from vehicle burglaries in the 1700 block of Amelia Street in Faubourg Delachaise and the 700 block of Seventh Street in the Irish Channel.

There were an additional six vehicle burglaries within the Sixth District in which the vehicle and its occupants are believed to be involved.

Anyone with information on this incident is asked to contact NOPD Sixth District detectives at 504-658-6060 or call anonymously to Crimestoppers of Greater New Orleans at 504-822-1111.