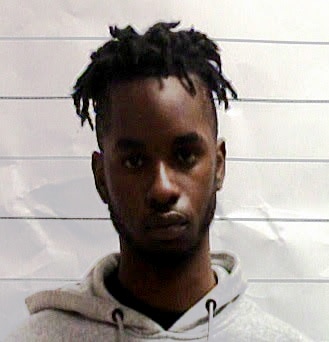 The New Orleans Police Department arrested five teenagers in an April 30 vehicle theft in the 4600 block of South Johnston Street.

Alkia Edwards, 18, and four unnamed juvenile males were taken in on the same day. Edwards was released two days later; records are not available on the other arrestees because of their status as juveniles.

Edwards was released Saturday, Sheriff’s Office records show, after being arrested and booked into the Orleans Parish Justice Center for simple burglary, unauthorized use of a moveable, resisting arrests, illegal possession of a firearm, delinquency of a juvenile and for illegal drug possession.

On Friday (May 1), Edwards appeared at Magistrate Court held by video conferencing. Bond was set at $10,000 for unauthorized use of a vehicle, burglary and illegal possession of vehicle.

Another video hearing was held May 2 on the firearms charges. The court found “no probable cause” and issued a release, records show.

Edwards had open warrants for his arrest on 18 counts of simple burglary, two counts of theft, five counts of illegal possession of stolen property and as an out-of-parish fugitive.

In the early morning hours on April 30, a silver 2019 Buick Envision was stolen from the 4600 block of South Johnson Street in the Broadmoor neighborhood.

As investigation into the incident progressed, NOPD Seventh District officers located the vehicle and observed the occupants abandoning it near Hempstead and Edenboro roads in New Orleans East.

Officers quickly established a perimeter and apprehended the driver, identified as Edwards, and the four juvenile male occupants, two age 17 and two age 14. Three guns — a rifle and two handguns — were recovered in the investigation.

One of the 17-year-old juveniles was arrested for illegal possession of stolen property and resisting arrest. Additionally, the juvenile had open warrants for his arrest on charges of aggravated assault, theft and five counts of simple burglary.

The two 14-year-old juveniles were arrested for illegal possession of stolen property and resisting arrest. Additionally, one of the juveniles had open warrants for his arrest for 16 counts of simple burglary.

Anyone with information on this incident is asked to contact NOPD Second District detectives at 504-658-6020.