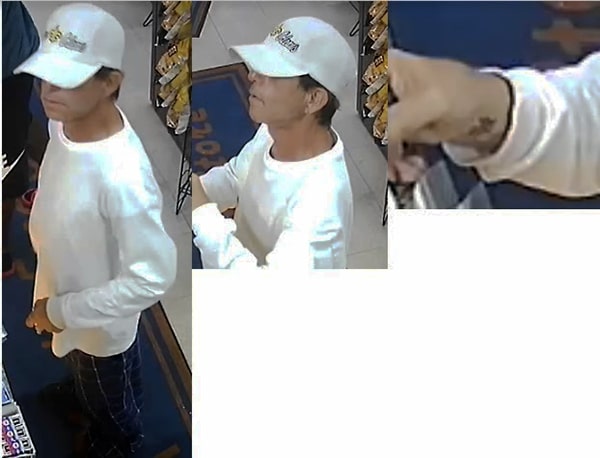 The NOPD is requesting the public’s assistance in identifying and locating a man wanted for a theft by fraud incident that occurred on April 22.

At around 6:30 a.m., the pictured man was photographed making a fraudulent charge at a corner store located on Louisiana Avenue.

He used the credit card of a 39-year-old man who died April 19 of an undisclosed cause at his home in the 1100 block of Terpischore Street. The man’s mother was notified that her deceased son’s credit card on their shared account had been used.

The fraud suspect is described as a white man with dark-colored hair and an unknown tattoo on his right wrist. He was wearing dark patterned pants, a long sleeve white shirt and a white “New Orleans” hat.

Anyone with information regarding the identity of the unknown male subject is asked to contact Sixth District detectives at 504-658-6060, or call anonymously to Crimestoppers at 504-822-1111.