The New Orleans Police Department’s Second District has released photos and videos of suspects in recent crimes committed in Uptown neighborhoods. They include a shooting during a car burglary in Broadmoor early on Mardi Gras Day, an armed carjacking in the Freret neighborhood and a rash of overnight car burglaries at Notre Dame Seminary. 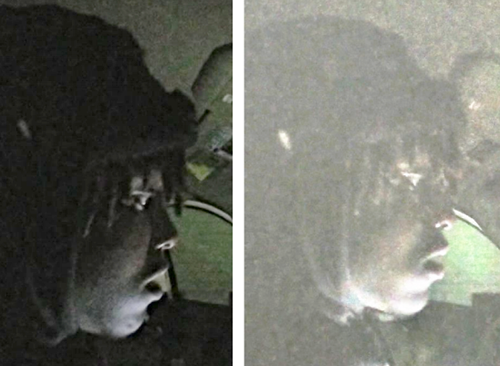 Suspect in shooting on South Derbigny Street. (via NOPD)

The NOPD is searching for a subject wanted for an aggravated battery by shooting that occurred in the Broadmoor area.

The incident occurred on early Tuesday (Feb. 25)in the 4000 block of South Derbigny Street.

The victim found his vehicle was being burglarized around 4:09 a.m. He confronted the burglary, who produced a firearm and shot him.

The victim, a 30-year-old man, went to a hospital for treatment, alerting police to the shooting.

The perpetrator is described as thin with a dark complexion. He is approximately 20 years old and wears a twist hair style, possibly with blonde tips.

Anyone with information on this incident or the identity and whereabouts of the pictured suspect is asked to contact Second District detectives at 504-658-6020 or call Crimestoppers anonymously at 504-822-1111 and toll-free at 877-903-7867. 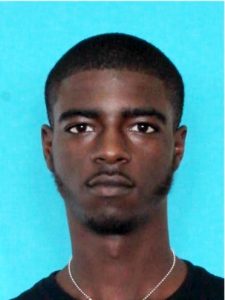 The NOPD has obtained an arrest warrant for Chris Robertson, 20, in the investigation of attempted armed carjacking that occurred on Feb. 22.

At around 1:20 a.m., Robertson allegedly attempted to carjack a woman at gunpoint in the 5400 block of Willow Street.

Robertson is considered to be armed and dangerous, and the NOPD asks the public to use caution when in his presence.

Anyone with information regarding the whereabouts of Robertson is asked to contact Second District detectives at 504-658-6020 or call anonymously to Crimestoppers at 504-822-1111 or toll-free 877-903-STOP. 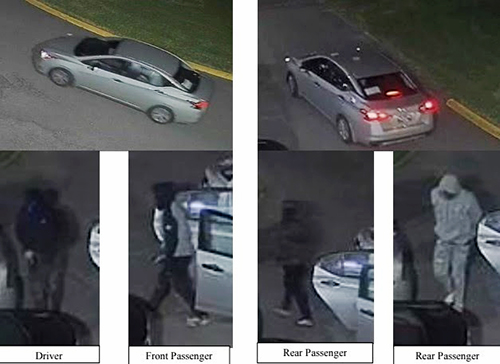 The NOPD is searching for suspects wanted in connection with multiple vehicle burglaries that occurred in the Carrollton area.

One incident involved more than 40 vehicles burglaries. That incident occurred Friday (Sept. 28) between a 4:43 a.m. and 5:10 a.m. at the Notre Dame Seminary in the 2900 block of South Carrollton Avenue.

A vehicle entered the front rotunda of the seminary at about 4:43 a.m. Over 10 vehicles were burglarized.

A short time later the same vehicle is seen turning onto Fig Street from Short Street where it parked. The vehicle occupants got out and jumped the fence and burglarized additional vehicles.

The suspect vehicle is believed to be a newer model (possibly 2020) silver Nissan Versa with a temporary dealer plate on the lower driver side corner of the rear window.

Security camera video showing the incident can be seen here, here, and here.

Anyone with information on this incident or the identity and whereabouts of the wanted subjects is asked to contact Second District detectives at 504-658-6020 or call Crimestoppers anonymously at 504-822-1111 and toll-free at 877-903-7867.