A shooting and an arrest in multiple armed-robbery attempts on Uptown streets were reported over the weekend by the New Orleans Parish Sheriff’s Office.

The shooting occurred early Sunday in Hollygrove. The victim, a 26-year-old male, was walking in the 8900 block of Olive Street at about 12:15 a.m. on March 29 when he heard gunshots, police said. He then realized he was shot.

The New Orleans Emergency Medical Service took him to a local emergency room. No further details are available.

On Sunday evening at about 7:50 p.m., two women, ages 34 and 37, were on Washington Avenue and Carondelet in Central City when they were approached by a man brandishing a knife and demanding money and property. They refused.

The would-be robber then approached a man and woman, again pulling out a knife and demanding money and property. Again, the two victims refused and the perpetrator fled. 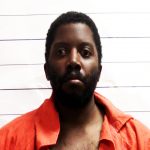 According to a March 27 statement from the Orleans Parish District Criminal Court, hearings in new arrests are being held via audio or video teleconferencing with the magistrate judge, detainee, defense attorney, prosecutor and essential court staff.

Luckett had pleaded guilty on Nov. 18 to one count of criminal damage to property, court records show. He was sentenced to 10 months in Orleans Parish Prison but given credit for the time he had served since his arrest on three counts of criminal damage on Jan. 16, 2019, when he was held on a $1,000 bond.

In March of last year, Luckett had been found mentally incompetent to stand trial by psychiatrist Richard Richoux. He was transferred to Eastern Louisiana State Hospital in Jackson, where he was judged able to stand trial in November.

Anyone with information is urged to call Crimestoppers at 504-822-1111 to leave an anonymous tip that could be eligible for a cash reward.