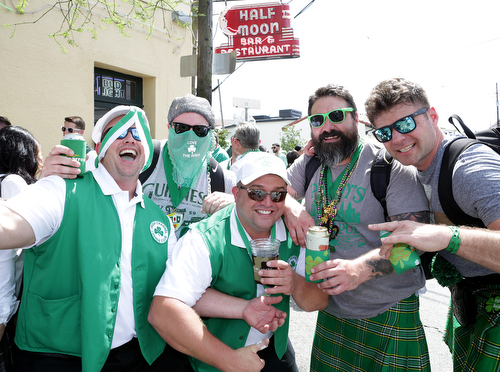 Groups of green-garbed revelers strolled the streets of the Irish Channel Saturday (March 14) with the Irish Channel St. Patrick’s Day Parade canceled due to concerns over the spread of the coronavirus. Men were dressed in their tuxedos and kilts while the women were draped in green and glitter.

The crowd kept growing, however, and the New Orleans Police Department had to step in and break it up later in the evening, saying the event violated the ban on gatherings of more than 250 people. 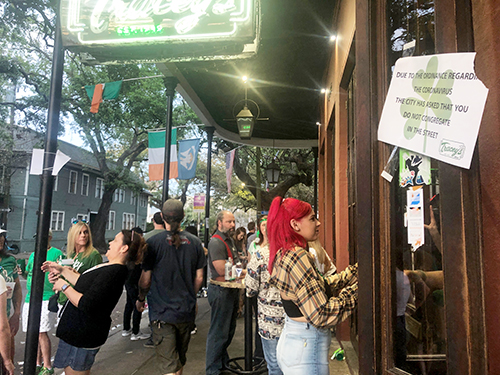 A crowd gathers outside Tracey’s on Magazine Street — near a sign warning against congregating on the street as the deadly coronavirus is spreading in New Orleans. (Sharon Lurye, Uptown Messenger)

An event billed on Facebook as the “Saint Patrick’s Day Not A Parade Barcrawl” featured stops at the Half Moon Bar & Restaurant, Pete’s, the Rendezvous and Balcony bars, Dat Dog and the Bulldog, and ending at Tracey’s on Magazine Street.

“Mayor says no way to our parade, but we say that’s not how the Irish do it,” The event Facebook post said. “We want to give a proper celebration to St Patrick and support all the local businesses missing out due to the (parade) cancellation.”

The Celtic Highlanders’ firetruck pulled the group’s rolling pub through the neighborhood, stopping at pubs and parks along Magazine Street.

“We can’t let the coronavirus kill the spirit of St. Patrick’s Day, or the spirit of the Celtic Highlanders,” said Sylvia Valois as the pub crawl began. 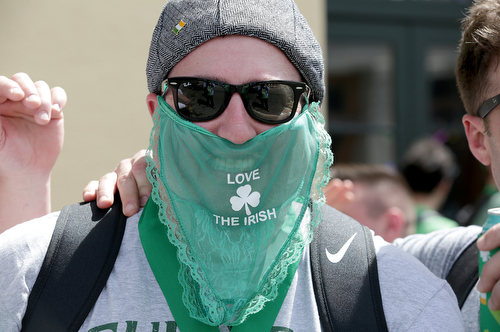 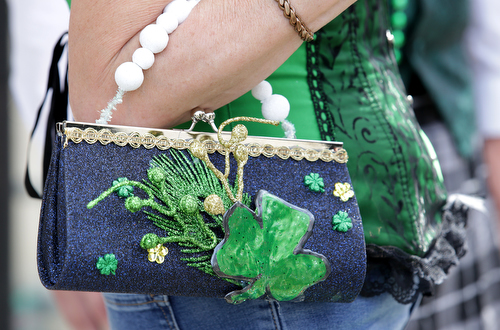 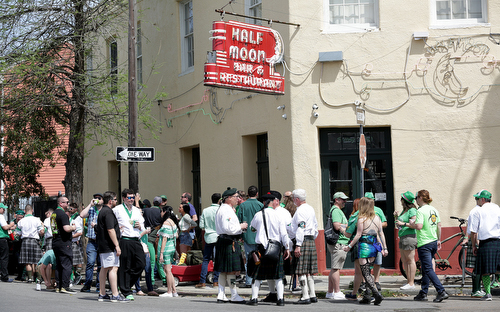 The pandemic doesn’t stop the drinking and the wearing of green in the Irish Channel. (Dinah Rogers, Uptown Messenger) 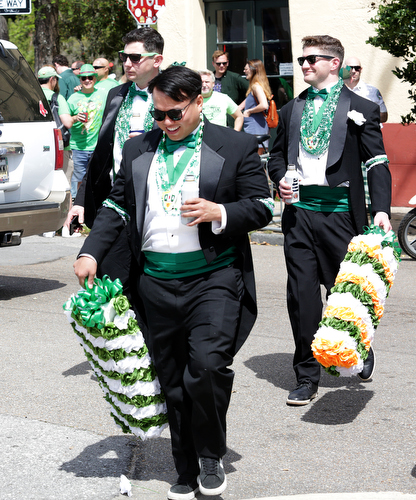 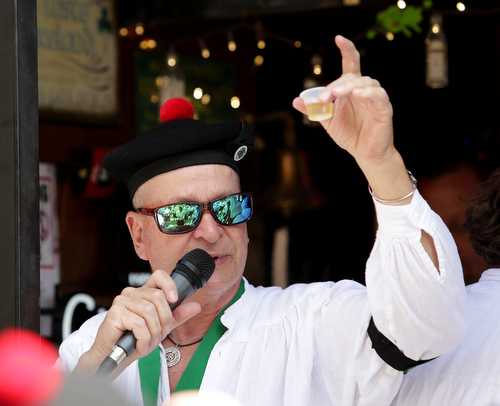 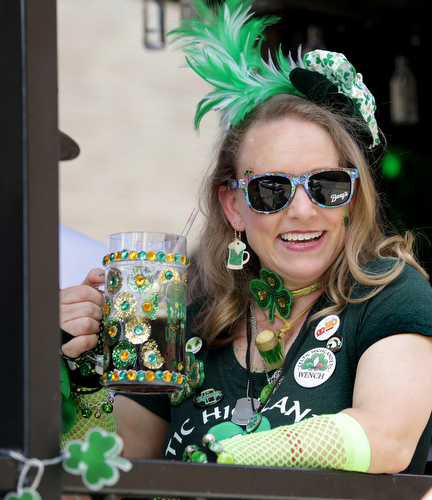 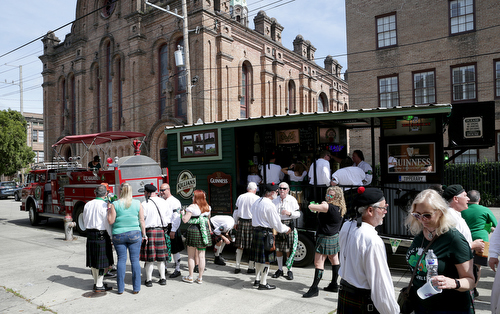 The Celtic Highlanders, a walking club, start their trip through the Irish Channel on Saturday. (Dinah Rogers, Uptown Messenger)