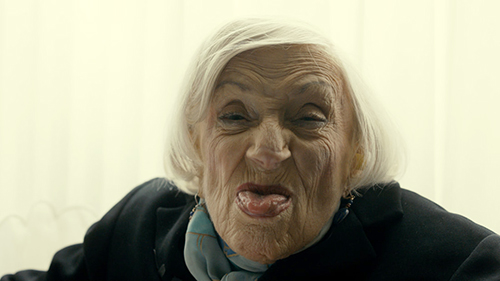 Marthe Cohn, 98, is the star of “Chichinette: The Accidental Spy.” (Nicola Hens photo)

While sitting in her hotel room complaining about the WiFi in Metz, France, Marthe Cohn scrunches her nose and sticks her tongue out at the camera, conveying how at the age of 98, the World War II spy is still a tour de force. Cohn stars in “Chichinette: The Accidental Spy,” a documentary portraying the tiny-but-mighty woman’s extraordinary battle against the Nazi regime during World War II. This was just one of several films exhibited during the New Orleans Film Society’s 23rd French Film Festival. 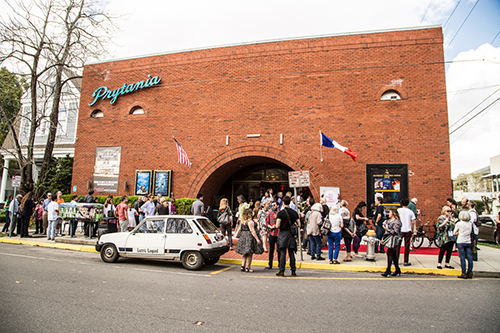 The New Orleans French Film Festival screened 21 contemporary and classic francophone films between Feb. 27 and March 4 at the Prytania Theatre. One of the longest-running foreign language festivals in the country, the festival “salutes a near-century of French-language cinema,” New Orleans Film Society’s Artistic Director Clint Bowie said. “From the influential 1945 old-guard masterpiece ‘Les enfants du paradis’ to a film 74 years its junior and representing the newest wave of Francophone cinema — Xavier Dolan’s ‘Matthias and Maxime.'”

The festival not only celebrates French-language cinema, it also portrays and preserves an international link of French culture to Louisiana and abroad. Features like “Finding Cajun” depict the rich history and evolution of the Cajun identity through a series of interviews with experts from New Brunswick, Nova Scotia and Louisiana.

From the 1755 Great Expulsion of Acadians in Canada’s maritime provinces to today’s Cajun culture in Louisiana, “Finding Cajun” shows how Americanization, racism and language shift shaped what it means to be Cajun. Director Nathan Rabalais said New Orleans was a critical piece to the Cajun culture puzzle. 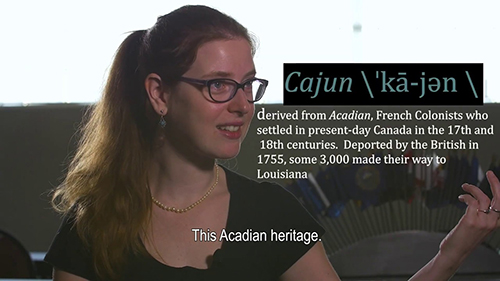 “I really wanted to illuminate that the word ‘Cajun’ and the Cajun identity is complex, and it has multiple meanings,” said Rabalais. “So showing it in New Orleans was important to me because New Orleans is absolutely crucial to the culture of preserving West African culture and Acadian culture.”

Rabalais said the film sets out to destroy the boxes that restrict the culture’s identity. He added, “It’s really about sort of adding value and appreciating the cultural heritage, no matter what you call it.”

Rabalais said that he wants to help people who identify as Creole and Cajun to meditate on the weight their predecessors held on their shoulders.

“What do you really mean by calling yourself Cajun or Creole?” he said. “How are you giving back to that culture? I think we can just be more intentional about the way we think about and use those labels.” 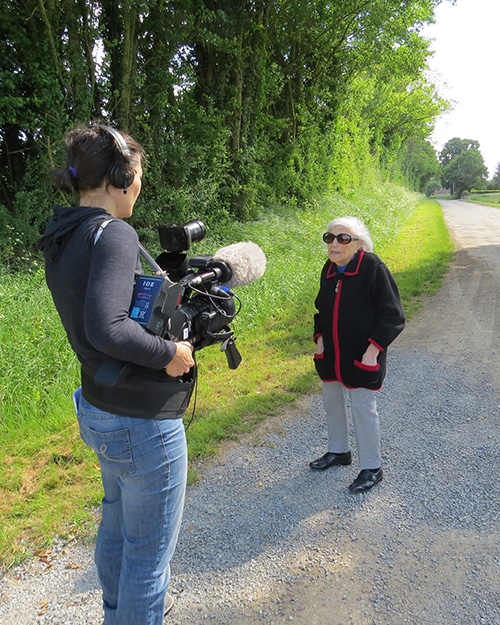 “Chichinette” follows Marthe Cohn, a World War II-era spy for the French Resistance, as she tours through Europe giving lectures on her experiences. As Cohn and her husband Maj Cohn weave through Europe, the documentary weaves the present and past, presenting the universal, timeless message of Cohn’s story: “Be engaged and don’t accept any order that your conscience cannot approve.”

Director Nicola Hens elaborated on the phrase. “Translated, this means to me: If something feels morally wrong to you, you should speak up or at least act differently — especially if it is socially or politically tolerated or even supported,” she said. “In my eyes, this is a wise way to consider your own behavior every day.”

“In March 2015, I was invited by the Goethe Institut Los Angeles for the screening of a film, which I had photographed. After the screening, an old lady came towards me. She carefully moved through the room, but when she looked at me, to my surprise, her eyes were sparkling and vivid. It was Marthe,” Hens said.

“We started chatting, and she briefly mentioned a part of her personal story and eventually told me that she will soon be traveling to Berlin, and then go on a tour in France. Her curious agility raised my interest, and I started researching and discovering her extraordinary story.”

A few weeks after meeting, Hens embarked on a four-year journey with the 98-year-old firecracker, finding that history is not always left in the past.

“Regarding the current debates about the treatment of refugees, openly announced racism and rising skepticism towards a united Europe, Marthe’s life experiences seem more current than ever. Even a century later, a lot of imminent topics are more relevant than ever, and the associated feelings (fear, humiliation, anger, courage) are not cemented in time,” Hens said.

“In Marthe’s story, we see a French Jewish woman resisting the Nazi regime. She shows that it is possible for everybody to make a change, even under the most unlikely circumstances.”

For more information about the New Orleans Film Society and the French Film Festival, visit the Film Society website.