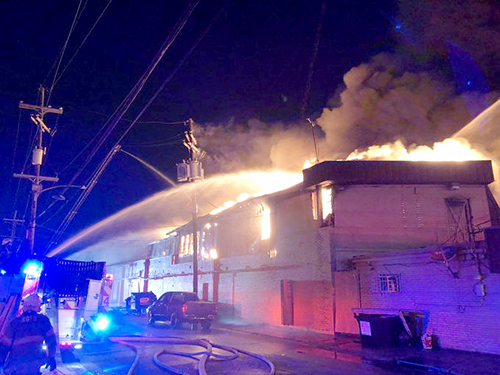 A three-alarm fire broke out early Wednesday in a strip mall on Washington Avenue in Broadmoor.

It caused extensive damage to the building that housed eight stores, fire officials report. The alarm sounded at about 2:45 a.m., and firefighters had the blaze under control by about 5 a.m. No injuries were reported.

Only a convenience store in the 4100 block of Washington Avenue, near Eden and Dupre streets, was operating under the pandemic restrictions, and it was closed at the time of the fire, WWL-TV reported.

In addition to the convenience store, the affected businesses include Dem Fire Sno Balls, J&B Cleaners, Tattoos, Nola Nails, Rusty’s Po-Boys and Seafood, Emerald Services (a tax preparation and financial planning business), and Karmah Tattoo Supply and Gallery, according to a Google search. 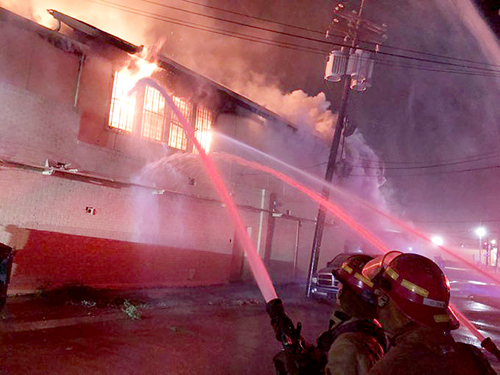 The fire began in second story of the building housing a strip mall in the 4100 block of Washington Avenue. (NOFD via Twitter)