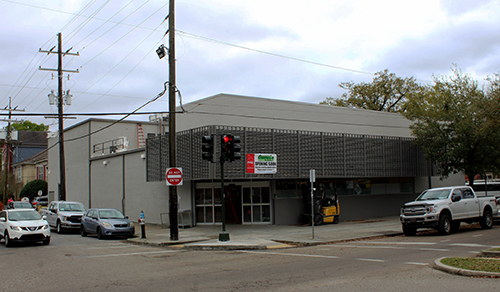 The electricity was turned on this week at former drugstore at Oak Street and South Carrollton Avenue — soon to open its doors as a Canseco’s Market.

General Manager Sisi Canseco said he’s aiming for an opening on Wednesday (March 11) or Thursday, but the timing depends on what the city inspectors say.

Now building has electricity, the health department and the fire marshal can come in to inspect and sign off on market. In the meantime, the shelves are stocked and fixtures moved into position.

“We’ll be a full-service grocery — full-service meat department, full-service bakery,” Canseco said, discussing his plans in between supervising crews and meeting with vendors. “We won’t have every flavor of cereal — just the base of everything.”

If customers can’t find their favorite items or preferred brands, they can request them, he said. There will be a suggestion box in the store. 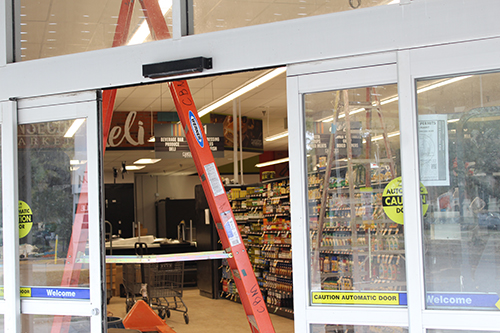 The shelves are stocked on Thursday, March 5, at Canseco’s Market on Oak and Carrollton. (Tyree Worthy, Uptown Messenger)

The Uptown location will be the fifth for the local chain owned by Sisi Canseco’s father, Sinesio Canseco. Like the stores in Old Metairie, Bayou St. John, Gentilly and Arabi, it will have prepared foods, including the popular Cuban sandwiches. Unlike the other locations, it will have a salad bar and a self-serve hot-food bar.

The family-owned local grocery chain — which prides itself on being small, friendly and neighborhood-oriented — has had an eye on that building for a while, Canseco said.

“We really thought the area needed something,” he said. “We were looking at places that needed a grocery store.”

After obtaining a lease on the building, the Cansecos had to apply for a conditional use to sell packaged alcohol in the store. They cleared that hurdle on Jan. 16, when the City Council unanimously agreed to grant the conditional use, with eight provisos. Nobody spoke against the liquor sales at the council hearing.

They had already promised officials at St. Andrew’s Episcopal School, an elementary school catty-corner from the store, that they would not sell alcohol in single-use containers, to discourage drinking and loitering in the immediate area. Customers won’t be able to buy a can of beer, just full six-packs.

There will be a security guard on the premises from 3 p.m. until closing, Canseco said, as requested by neighbors who could recall problems when Rite Aid operated out of the building.

The retail space at 1133 S. Carrollton Ave. was a Rite Aid for about 10 years, but many New Orleanians remember it as a K&B. That beloved local drugstore chain opened its fourth store at Oak and Carrollton in 1923, according a 1955 story in The Times-Picayune on the occasion of K&B’s 50th anniversary.

The K&B store was on that corner for nearly 75 years before the company was sold to Rite Aid in 1997. The building is still owned by Sydney Besthoff III, the grandson of the K&B’s founder.

The store has an adjacent parking lot that, once it is striped, will have space for nine vehicles, including one for handicapped drivers. Two bicycle racks outside will each fit up to eight bikes.