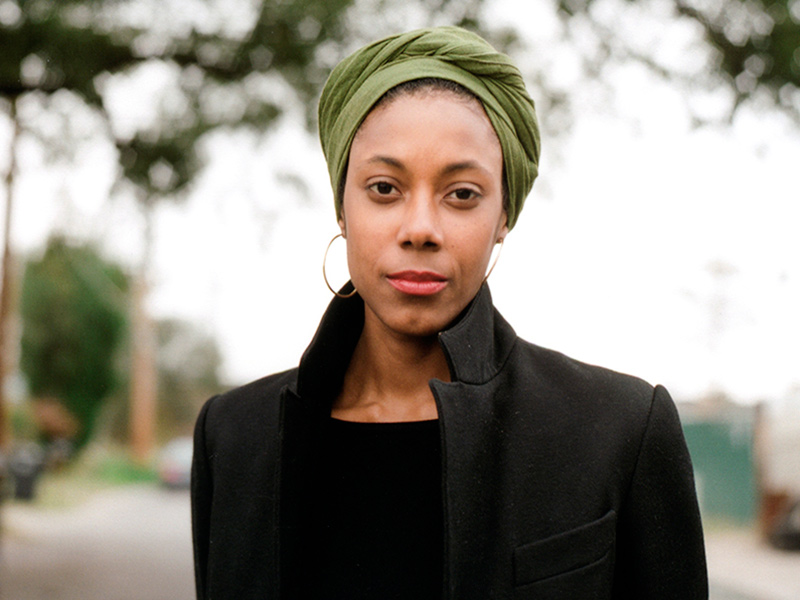 Sarah Broom won the National Book Award for “The Yellow House,” a memoir about her family’s history in New Orleans. (via Tulane University)

Writer Sarah Broom is from New Orleans, but not the part of New Orleans where she spoke on Tuesday (Feb. 4), the famed, oak-lined streets of Uptown. She’s from a yellow house on Wilson Avenue in New Orleans East.

Her experience in that house — and what it says about New Orleans, the United States, and our relationship to our environment — is the subject of her debut book “The Yellow House: A Memoir.” It won the 2019 National Book Award for nonfiction.

Broom was interviewed in Woldenberg Art Center on Tulane University’s Uptown campus by Atlantic staff writer Van Newkirk, another potent investigator of place and environment. The event was part of Tulane’s “American Water and Actual Air” speaker series, which examines how the environment is interpreted across disciplines. The power of names, symbols, narratives and how they have contributed to the climate crisis — themes of both authors’ writings — formed the axis of their conversation.

“If you come from a place where you don’t say the name of your specific town, you say the name of the closest town. You say, ‘I come from Dallas,’ when you grew up in Denton,” Broom said. “For me that’s the same emotion and the same feeling, is that you feel somehow that your spot, your place in the world, isn’t valid enough to claim it.”

When most of the world imagines New Orleans, they aren’t flooded by images of the East, although it’s home to nearly 23 percent of the city’s population. According to Newkirk and Broom, places like New Orleans East can remain unseen and, particularly in the face of climate change, this invisibility can perpetuate harm.

“Naming a place is often the only way to keep it from oblivion,” Newkirk said.

Lower-income or marginalized communities in places like New Orleans East are more likely to experience the effects of climate change sooner and more intensely than other parts of the country, studies show. The effects, Broom said, are the result of decades of U.S. policy and easy to ignore for the vast majority of the country. 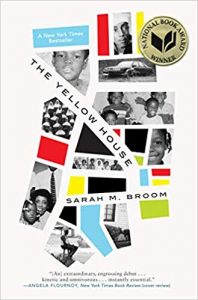 Part of “The Yellow House,” then, is Broom carving out the place of her childhood, distinguishing it and enshrining its reality in a beautiful rendering. Features of the environment become a character. Newkirk described Broom’s rendering of Chef Menteur Highway as malevolent. Hurricane Katrina is referred to as “The Water.”

“I think trying to control [the water] and finagle it, which was my experience in the East growing up with all of the canals — to be in that environment can make you feel you are partly of that system,” Broom said.

Broom remembers, looking out the window as child and “seeing the water pool and making up stories about the ground and not knowing that it’s called subsidence.”

Subsidence is when the ground sinks. It’s a natural process, but in New Orleans it has been much accelerated by the drainage of swamps. Along the Louisiana coast, it has been further intensified by the oil and gas industry dredging up sediment to build canals. Louisiana’s subsidence rate is four times the global average.

The back of Broom’s childhood home shrugged and sank.

Some residents from Broom’s neck of the woods, New Orleans East, attended last night’s talk. During the audience question portion, a group of cousins who all read “The Yellow House” thanked Broom for naming their experience. One women, Monique, grew up on Wilson Avenue right by Broom.

“Sarah, I am 54 years old and I want to thank you,” Monique said. “Everything I envision in that book, I can just see it. I remember the laundromat. I remember going through the drive-thru at that bank, and I remember them giving us those lollipops. I remember all of that because of you.”