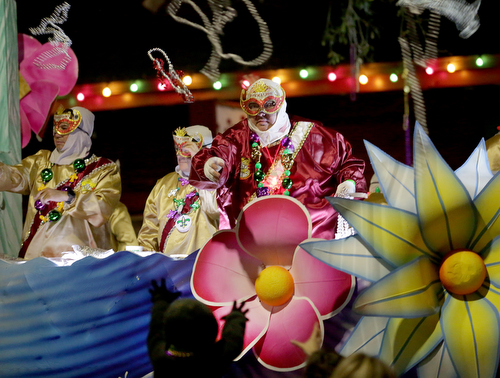 That means you’ve done your part to keep beads off the streets and out of the drainage system during the parades. Now is the time — unless you haven’t had enough of the glue gun and are planning an art project — to recycle the colorful strands that were so much fun to catch.

Most bead recycling in the region is through nonprofit organizations that provide jobs to disabled adults, who clean and sort the throws so they can be sold to float riders for the next season.

Primary among those is ArcGNO, which has partnered with the city for year-round bead recycling and provides temporary bins during parade season throughout the city.

New Orleans Sanitation Department also takes beads for ArcNOLA twice a month at the recycling drop-off center, 2829 Elysian Fields Ave. It is open every second and fourth Saturday from 8 a.m. to 1 p.m. The next drop-off date is March 14.

While you’re there, you can also recycle glass, televisions, computers and other electronic items, batteries, tires, and organic scraps for composting. See here for a detailed list of recyclables.