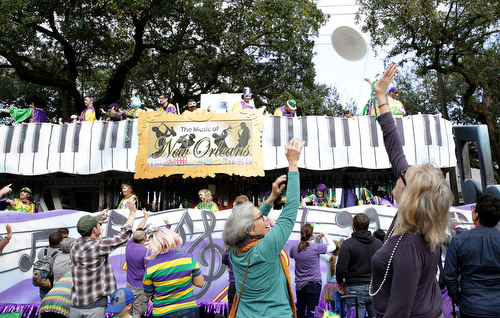 Riders on the title float toss frisbees to the crowd on Napoleon Avenue during the Krewe of Freret parade. (Dinah Rogers, Uptown Messenger)

The Krewe of Freret rolled their seventh parade Saturday (Feb. 15) with the theme “The Music of New Orleans.” The 18-float parade featured a dozen super floats, including one with a two-story Trombone Shorty figure with a moving slide. The 500-member male and female club plans for a gradual transformation into a superkrewe. Float riders tossed their signature hand-crafted masks along with blinking logo beads, black and gold sunglasses and tambourines. Hans Gerwitz and Holly Alvendia reigned as king and queen. 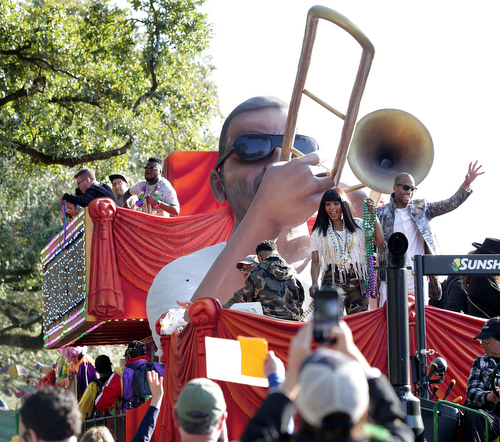 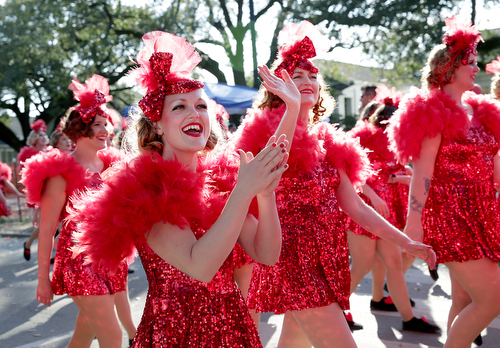 The NOLA Chorus Girls wave and cheer as they stroll down Napoleon Avenue during the Krewe of Freret parade. (Dinah Rogers, Uptown Messenger) 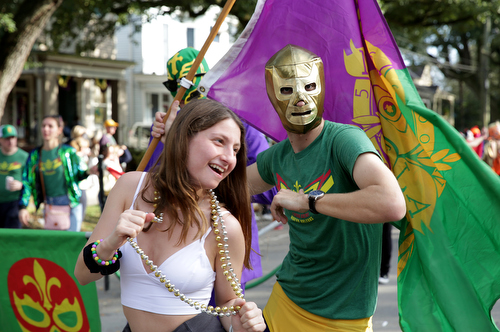 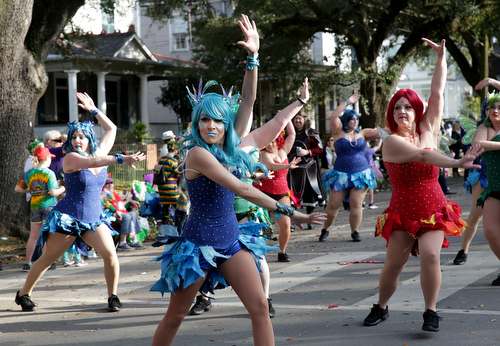 The Crescent City Fae dance to the music during the Krewe of Freret parade. (Dinah Rogers, Uptown Messenger) 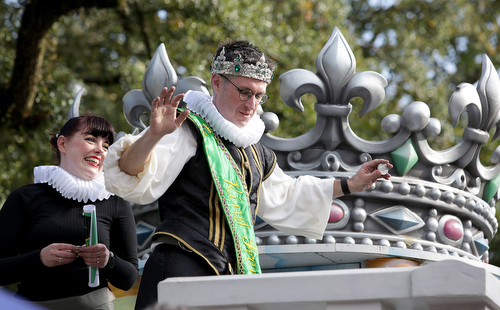 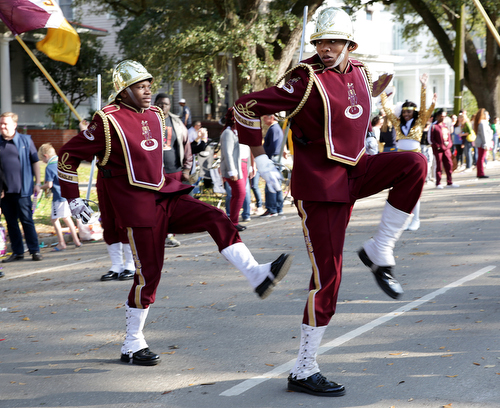