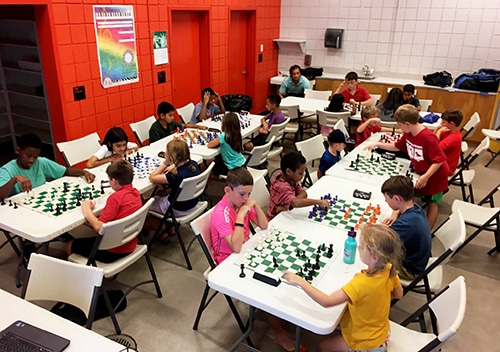 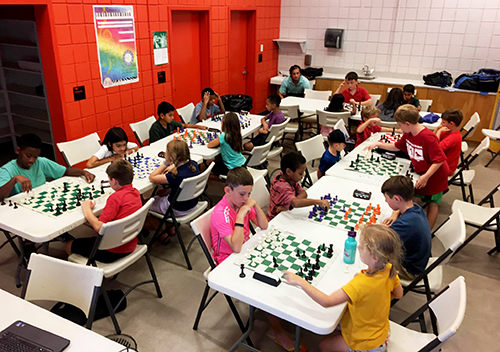 Kendric J. Perkins opens an online chess games on his phone. One of students at Strategic Thoughts has just made a move, and now it is Perkins’ turn.

“This is Isiaih,” Perkins said. “He might get me this game.”

This is the kind of homework Perkins assigns his students at Strategic Thoughts, the challenge of playing their teacher in online game of chess.

Perkins founded the chess programs in 2012 to teach kids from kindergarten to twelfth grade how to hold their own in the game of chess, and now runs programs at a variety of schools, nonprofits and community centers. 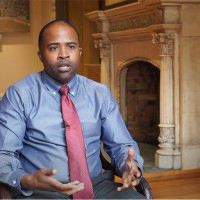 For Perkins, whose day job is as an education specialist at The Historic New Orleans Collection, leisure is an active study, a discipline to be cultivated. When he began playing pool in high school, he read books on the strategy of the game.

When he became fascinated with running, Perkins explains from under the bill of a Rock ‘n’ Roll Half Marathon hat, he spent his time researching peak performance. Ten years ago, at age 32, Perkins discovered chess and hasn’t looked back.

“I played sports most of life,” Perkins said. “I wish would have learned chess. I wish somebody would have introduced it to me. I know that it’s a beneficial thing, so let me just introduce the game to people. That’s the least I can do.”

Scientists have come to understand the brain as a muscle — it only grows if you exercise it. This is particularly true of children, who are rapidly building the mental capacity they will use for the rest of their life. Chess, science shows, is an effective way to build this mental muscle.

Perkins has seen chess show rambunctious kids how to focus their intelligence. Isiaih’s parents have told Perkins that this focus has translated into Isiaih’s home life.

“You can hear [the kids] talk,” Perkins said. “They’re talking on a mature level.”

A mental exercise in its own right, Perkins sees chess as a sport, but, to him, one that is a better vehicle for uniting different groups of people and creating community than its more physical counterparts.

At competitions, he said, all people are welcome, no matter how quirky they are and regardless of their race, gender, sexuality and ethnicity. These children then socialize with those unlike them, build connections with each other, and come to understand each other.

Perkins pointed out that chess attracts more than nerds. He said he has everyone from jocks to anime fans in his classroom. As they take chess more seriously, children can then become part of the larger chess New Orleans community and use chess as a tool for socializing.

He believes chess can help foster success later in life and wants everyone to have the chance to try it.

Strategic Thoughts welcomes all levels of players, from beginners to the advanced members of its competition team. In a matter of years, the Strategic Thoughts team has gone from not placing at tournaments to consistently winning top prizes.

Isiaih started at Strategic Thoughts when he was 5 years old. Now he’s 7, and Perkins thinks he has a good chance at winning the state championship.

“I’m hoping I can keep the interest in chess,” Perkins said. “If these kids can maintain some kind of interest 20, 15, 10 years from now, c’mon, society has got to be a lot better.”