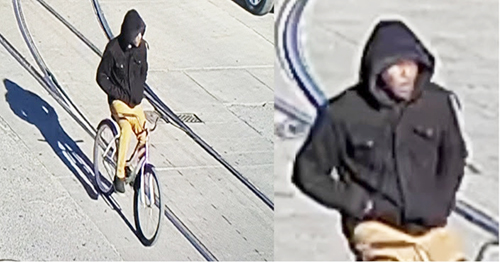 South Carrollton Avenue and Willow Street on Jan. 21. (via NOPD)

The New Orleans Police Department released photos from vehicle burglaries and package thefts in Uptown neighborhoods during the past month.

On Jan. 21, drivers parked in a lot near Willow Street and South Carrollton Avenue returned to their cars to find their windows had been smashed during the commission of vehicle burglaries.

The photos above were taken at about 9:24 a.m. on the day of the break-ins and burglaries. Police say the man pictured riding a bike is a suspect. 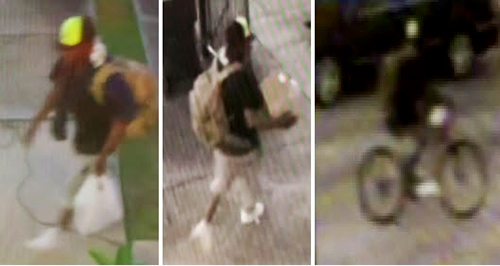 A package theft on Christmas Eve was captured on surveillance video, the NOPD reported.

At about 12:14 p.m. on Dec. 24, a package was delivered to the front porch of the victim’s Uptown residence. On the same date at 5:29 p.m., the victim’s video surveillance cameras captured the above suspect entering her front yard and walking off with her package. He left on a bicycle. 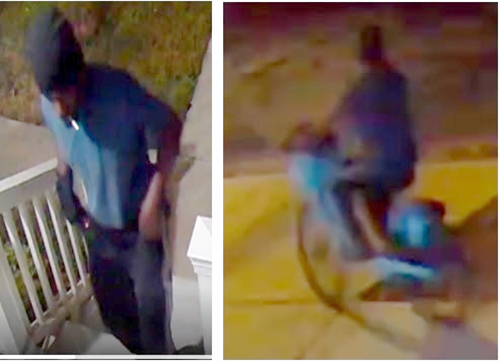 Another porch piracy incident occurred on Dec. 15. At around 6:45 p.m., the pictured suspect stole a package from the porch of a home in the 4700 block of Chestnut Street. The subject then fled the location on a Blue Bike.

Anyone with information regarding the identity and/or whereabouts of any of the pictured suspects is asked to contact Second District detectives at 504-658-6020, or call anonymously to Crimestoppers at 504-822-1111 or toll-free 877-903-STOP.