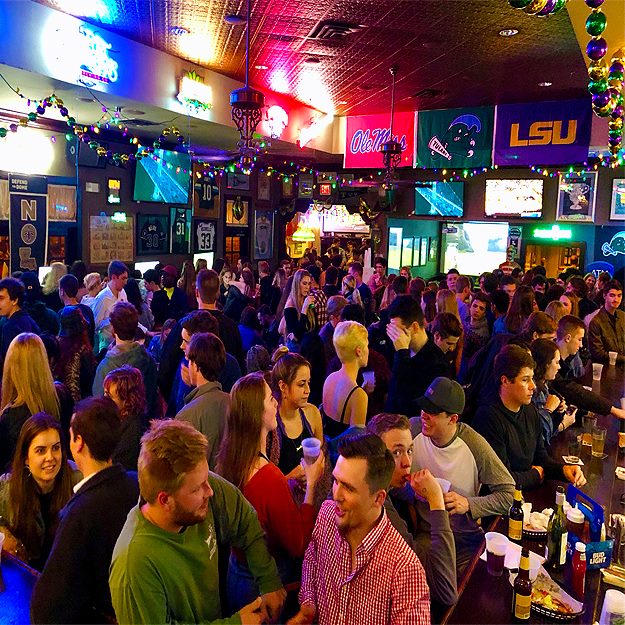 As the LSU Tigers paraded down Victory Hill on Saturday, Uptown restaurant and stores still basked in the influx of cash from Monday night’s football game. LSU’s national championship win against Clemson gave a boost to the local economy, especially to businesses that kept the drinks coming.

“Keep in mind that all the Baton Rouge kids are all driving down here. We got a 50% increase in sales just on Monday alone,” said Broadway Food Store manager Kal Ghalbatar. “It was crazy.”

“Probably 80% of our customers were not regular customers. Most of them were from Baton Rouge or out of state,” he continued. “Although it was hectic, the people coming in were the best, especially the Tigers fans.” 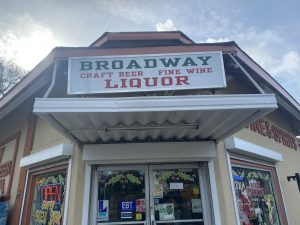 The Broadway Food Store is a staple of the university neighborhood. (Christian Willbern, UptownMessenger.com)

“[The crowd] we get for a three o’clock Saints game is primetime for any restaurant, because you get to capitalize on people going out to eat before the game,” Vanderbrook said. “So I would compare that to what happened three or four days in a row this past weekend.”

Vanderbrook continued: “We did see a boost in our revenue — not to the near extreme of what you’re going to see in the French Quarter or the CBD, but definitely I would say that we had a 50% increase in business across the board from Friday to Monday night.”

“We do usually get a better turnout for the LSU games than other ones, mainly because we do have all those college kids here that are from the city or state in general. But we got a very large boost for this game,” Eames said. “The bar was completely filled from six in the afternoon all the way into midnight.”

Despite the high emotions, LSU fans kept celebrations under control at Bruno’s, he said.

“Everyone was fairly well behaved. After the win, the crowd did some extra celebrating, but besides that there wasn’t anything too bad.”