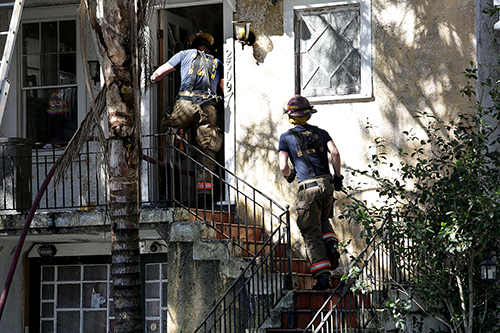 The New Orleans Police Department responded to a four-alarm fire Friday morning in a residence on St. Charles Avenue near First Street.

The fire was reported as a three-alarm at 10:45 a.m. Firefighters found a building “heavily involved in fire on the third floor,” said New Orleans Fire Department Superintendent Timothy McConnell.

It quickly spread to the building next door and escalated to a four-alarm fire. Two multi-unit houses in the 23oo lakeside block of St. Charles have “extensive fire damage and water damage,” McConnell said.

Two people were carried from the burning buildings on stretchers. Dr. Emily Nichols of the Emergency Medical Service reported Friday afternoon that the victims were in fair condition and continue to be evaluated at University Medical Center for effects of smoke inhalation.

The fire was under control by 11:48 a.m., McConnell said, with 82 firefighters in 21 units responding to the blaze.

Three dogs and a cat were also rescued from the burning buildings, officials said. 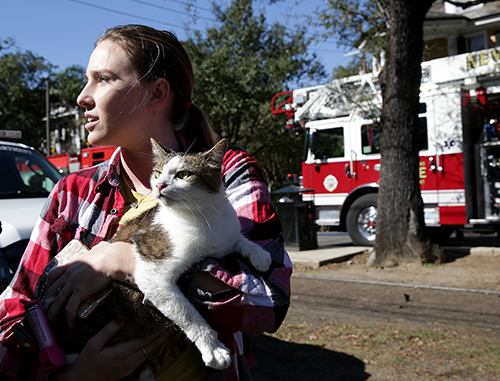 Megan Uptegrove holds her cat, Kona, as firefights look for hot spots. The cat was rescued from the balcony of Uptegrove’s apartment. (Dinah Rogers, Uptown Messenger)

Megan Uptegrove, a resident of the house next door that sustained damage, said when she arrived at the scene she was grateful to hear from firefighters that her dog had been rescued.

“But they said they didn’t find the cat,” she said. “I told them to look on the balcony.”  And they found Kona, her cat.

The Red Cross is assisting residents displaced in the fire.

Both sides of St. Charles were closed between Second and Jackson streets. Streetcar service has also been suspended. Check NOLA.ready for updates on closures.

The homes are close to the Rex house that was nearly destroyed in a seven-alarm blaze in February 2019. 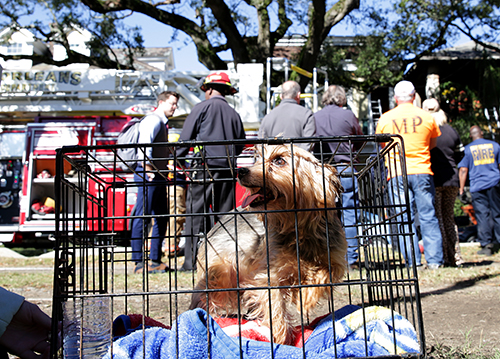 Uptegrove’s dog Nala waits in a crate after being rescued from the house next door, which also sustained damage. (Dinah Rogers, Uptown Messenger) 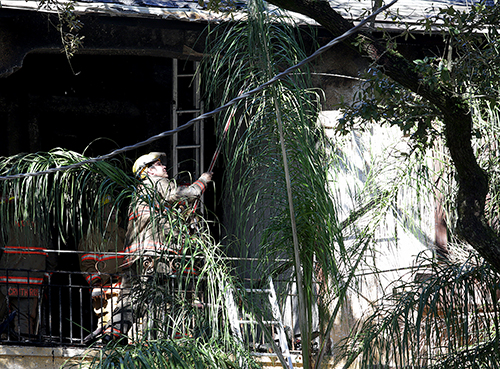 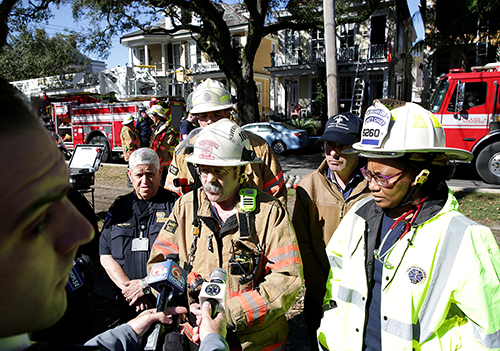