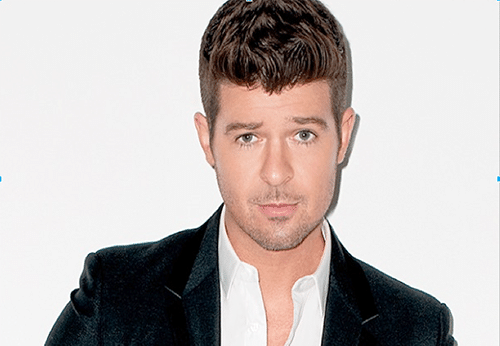 Singer-songwriter-producer Robin Thicke will reign as the first legacy Bacchus.

Clark Brennan, Captain of the Krewe of Bacchus, announced Thursday that Bacchus will host its first legacy monarch — singer-songwriter Robin Alan Thicke — who will follow in his father Alan Thicke’s footsteps as Bacchus LII on Sunday, Feb. 23. Alan Thicke served as Bacchus XX in 1988.

“The Krewe of Bacchus is all about family,” said Brennan. “The sons and grandsons of our founding members are a proud part of our organization. We look forward to continuing the Thicke family’s legacy with Bacchus.”

“I am honored to follow in my father’s footsteps as Bacchus for the 2020 Mardi Gras,” said Thicke. “I rode on the King’s Float with my father when I was a boy, and it was one of the best experiences I ever had with him. I’m equally excited to have my son Julian, my daughters Mia and Lola, and my fiancé April celebrate the weekend with me.”

His best known songs include his 2013 single “Blurred Lines”, which reached No. 1 on the U.S. Billboard Hot 100, as well as “Lost Without U,” “Magic,” “Sex Therapy” and “That’s What Love Can Do.” Thicke has also worked on albums such as Usher’s “Confessions” and Lil Wayne’s “Tha Carter III.”

Thicke is currently a judge on the Fox musical competition show The Masked Singer. He recently appeared on Saturday Night Live.

Bacchus’s 2020 theme is the “Wild, Wild West,” which will be portrayed on 21 theme floats. New signature throws include light up bolo ties and light-up cowboy hats. 2019 American Idol winner Laine Hardy, a Louisiana native, will perform at the Bacchus Rendezvous after parade party along with the hot country band Parish County Line.

The brainchild of restaurateur Owen Edward “Pip” Brennan Jr., the Krewe of Bacchus was founded in 1968 in an effort to expand the Mardi Gras experience by staging a parade on the Sunday before Mardi Gras, having a national celebrity king and inviting riders from across the country to participate. In 1969 Bacchus was the first krewe to parade super-floats through the French Quarter and introduced the first “mass quantity” hand-painted medallion bead and the first “talking” medallion bead.

Bacchus is again partnering with WWL-TV to broadcast the parade at 10 p.m. from the Bacchus Rendezvous at the Morial Convention Center. The parade will also be available on WWLTV.com and on mobile devices.