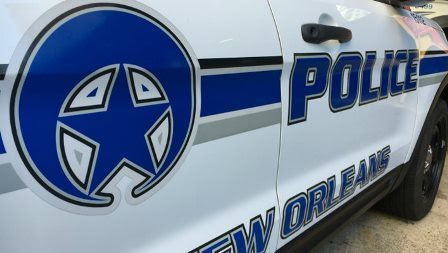 The NOPD has arrested three juveniles accused of robbery in two incidents over the Christmas holiday, including snatching the purse of a woman who was helping her elderly mother out of a car on Christmas Eve.

In the second incident, an 81-year-old woman had her pursed grabbed from her on Christmas Day as she was entering her home. Both robberies occurred in the Fontainebleau neighborhood.

The suspects are 10, 11 and 12 years old. They were booked into the Juvenile Justice Center.

In the Christmas Eve purse snatching, a 61-year-old woman had parked in the 7700 block of Nelson Street at about 8:25 p.m. on Tuesday, Dec. 24. She was assisting her mother out of the car when two youths offered to help.

As they approached, one of the youths grabbed the 61-year-old’s purse, and the two boys fled on Nelson toward Burdette Street.

The second incident occurred on Christmas morning in 7700 block of Belfast Street. At approximately 11:15 a.m. on Dec. 25, the victim, an 81-year-old woman, got out of her car and saw some boys across the street. She called out “Merry Christmas” to them and proceeded to her front door.

As she was putting her key in the lock, the boys approached and one of them grabbed her purse. He then ran down Belfast with two other boys.

Second District officers and detectives investigating the incidents identified the three suspects. On Thursday, Dec. 26, approximately 1:30 p.m., detectives and officers arrested the juveniles, who were positively identified by witnesses.

Anyone with information on these incidents is asked to contact NOPD Second District detectives at 504-658-6020.