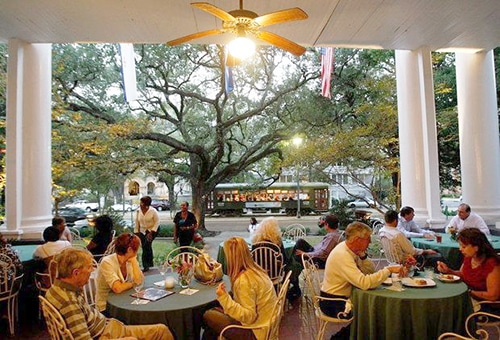 The stately Columns Hotel on St. Charles Avenue has been sold to the owner of the eclectic Drifter Hotel on Tulane Avenue, NOLA.com reports.

Jacques and Claire Creppel, who revived 135-year-old Uptown institution after buying it 40 years ago, are now in their 80s, and their children are not interested in taking it over, according to reporter Anthony McAuley. The new owner is Jayson Seidman, a former Wall Street banker who has developed seven boutique hotels, including two in New Orleans. The Columns is on the National Register of Historic Places, which restricts changes to the exterior.