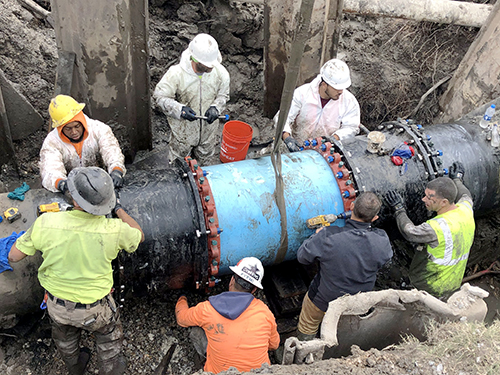 The Sewerage & Water Board announced Sunday morning that water service was returned to the Uptown areas affected by the outage. The water main on South Johnson has been repaired and the valves reopened, the utility stated.

A boil water advisory is still in effect for two areas of Uptown, shown below. Water quality testing has begun, it announced at about 9 a.m., and could take up to 24 hours. In consultation with the Louisiana Department of Health, the S&WB is still testing water quality samples from the affected areas.

As the S&WB responded Friday to the break in a 30-inch water main under South Johnson Street, crews worked to close valves to shut off water to the damaged section of pipe. While monitoring pressure at hydrants in the area, water pressure below the state limit of 20 pounds per square inch (psi) was detected in some locations.

The S&WB issued the advisory for the properties closest to the sites of the low water pressure readings. The properties are in the university area, but Tulane University and its stadium are not included in the boil water advisory areas at this time.

Residents in the areas shown below are advised to boil water. This area has expanded since the original advisory. 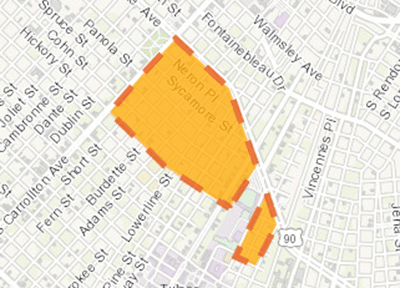 Water is being tested in the areas shown in orange. (Sewerage & Water Board)

Customers in other areas of the city are not affected and do not need to boil their water.

Bring water to a rolling boil in a clean container for a full minute. If the water has a flat taste afterward, shake it in a bottle or pour it from one container to another.

Washing hands: Use soap and tap water, dry hands, then apply hand sanitizer; the safest option is to wash with bottled or boiled water.

Showering or bathing: Be careful not to swallow any water. Infants, young children and disabled persons should be supervised to ensure water is not ingested. Residents with open wounds, chronic illness or weakened immune systems should use boiled or bottled water to bathe until the advisory is lifted.

The Sewerage & Water Board will notify residents when the boil water advisory is canceled. If you have any questions, please call 52-WATER (504-529-2837). 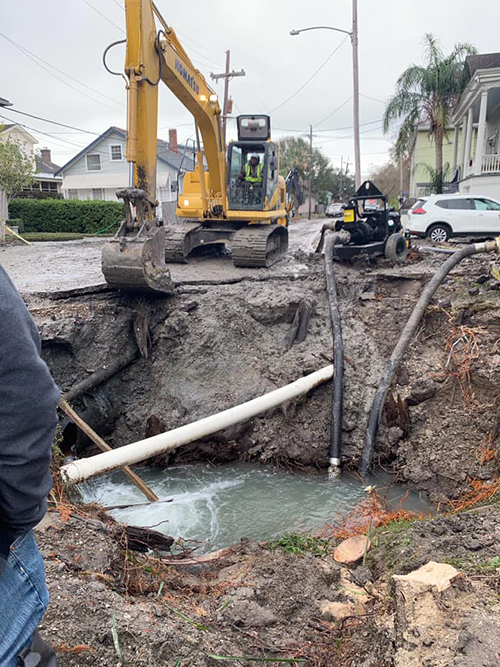