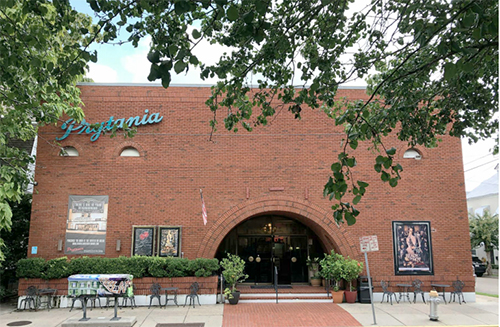 The Prytania Theatre may be a single-screen movie house in a multiplex world, but there is one movie-house trend it does want to join: serving alcohol.

The treasured Uptown institution got one step closer to that goal this week with approval from the City Planning Commission of a zoning change that could allow the theater to add adult beverages to its menu of drinks and snacks.

“The Prytania is a single-screen movie theater, which is practically non-existent in the United States,” theater operator Robert Brunet told the commission on Tuesday. “It’s one of the only in Louisiana and the only New Orleans. We are looking to serve alcohol so that we can be competitive with every other theater in the metropolitan area.”

Brunet told Uptown Messenger the theater plans to use the current coffee-shop area, not the concession stand, to sell beer, wine and possibly daiquiris. Specialty cocktails may also be themed with a movie, such as White Russians with a showing of “The Big Lebowski.”

The theater has showing moving pictures at 5339 Prytania St. since 1927. In the zoning code, it is  an “indoor amusement facility” operating as a legal nonconforming business in an HU-RD2 Historic Urban Two-Family Residential District. The building owners want to change the zoning to HU-MU, or Historic Urban Mixed-Use, which would make the amusement facility a permitted use and would allow alcohol sales as a conditional use.

The theater operators have been thinking about selling alcohol since they reopened after Katrina, Brunet said, but did not want to jeopardize the good relations it has with its neighbors. “Nine out of 10 people love the Prytania,” Brunet said. “We were worried that people would change their opinion of us. So we’re paying lots of attention to our neighbors.”

Brunet has been holding meetings to discuss their concerns, such as the potential for increased late-night noise and litter. At least one resident feared alcohol-fueled crowds spilling into the street after the theater’s midnight shows, CPC records show. Brunet agreed to cut off alcohol sales a half hour into the movie “so no one can take a drink out with them.”

Only movie patrons will be able to buy drinks, Brunet said. “We are never going to become a bar and not a movie theater,” he added.

Another concern was that, because a liquor license stays with the building, it could become a bar if the theater closed. To address that, the owners added a restrictive covenant; if the building houses anything besides a movie theater, it loses its liquor license. “It could never be a bar or a strip club or an event venue,” Brunet said. “Obviously the neighbors don’t want that.”

The standards in the zoning ordinance in part require the theater to provide plans to abate noise and litter and to provide security, and no retail sales of packaged liquor or go-cups would be allowed.

Brunet said he is continuing to work with his neighbors and with District B Councilman Jay Banks’ office. Additional provisos likely will be added before the zoning change goes to the City Council for a final vote.

“We need our neighbors. The last thing I want to do is upset our neighbors,” Brunet said. “We don’t want to change the look or the style or what the Prytania Theatre is about.”

Brunet is a third-generation movie theater operator in New Orleans. His grandfather started in 1905, when movies were a fledgling cutting-edge industry. His father, Rene Brunet Jr., was running six theaters when Robert joined him in the business at age 15. The Brunets took over the Prytania in 1996. 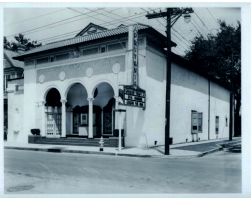 The Prytania is a remnant of an age when nearly every New Orleanian had a movie theater within walking distance of their home, according to “There’s One in Your Neighborhood: The Lost Movie Theaters of New Orleans” by Rene Brunet Jr. and Jack Stewart.

Of these nearly 200 neighborhood theaters, only the Prytania remains in operation. (The Broad Theater opened in 2016 in a building that dates to the 1920s but did not begin life as a movie theater.)

Although a few of the old movie houses, like the Gem on Thalia Street, have been repurposed, most have torn down or are vacant and crumbling. The situation prompted the Louisiana Landmarks Society to put neighborhood theaters on its 2019 list of the most endangered buildings in New Orleans.

No one spoke in opposition of the zoning change at the CPC hearing. Before moving for approval, Commissioner Robert Steeg noted that he had seen a movie at the Prytania two weeks ago.

“It’s an asset to community, and to my understanding it has always been a good neighbor,” he said. “I understand why it would need to serve alcohol in order to survive in today’s environment.”

The proposal was approved unanimously; it must now go before City Council for final approval.