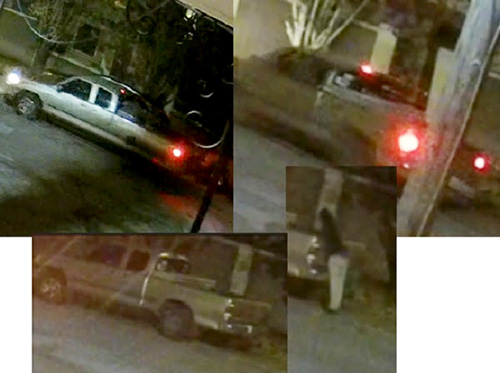 The pictured suspect was seen in the 3700 block of Upperline Street driving a mid-2000s model Toyota Tundra. (via NOPD)

The New Orleans Police Department is searching for suspects and vehicles linked to Uptown vehicle burglaries on Dec. 17, 19, 22 and 23.

At 12:04 a.m. on Dec. 17, a suspect, pictured above, was seen in the 3700 block of Upperline Street driving the pictured mid-2000s model Toyota Tundra with stickers on the rearview mirror and a tool box in the back. The vehicle is believed to have been used in multiple vehicle burglaries in the block. 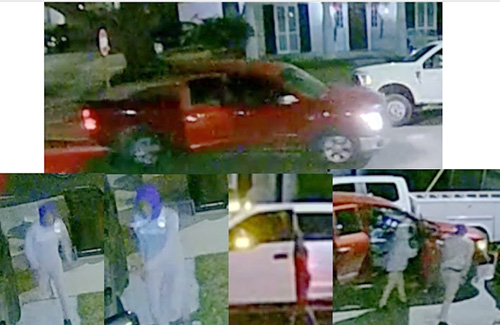 Also in Broadmoor, two suspects and a red Ford F-150 pickup truck, pictured above, are sought in multiple vehicle burglaries that occurred in the 5400 block of McKenna Street on Dec. 19 about 6:45 p.m.

During these burglaries, a Springfield XD 9mm handgun was reportedly stolen. 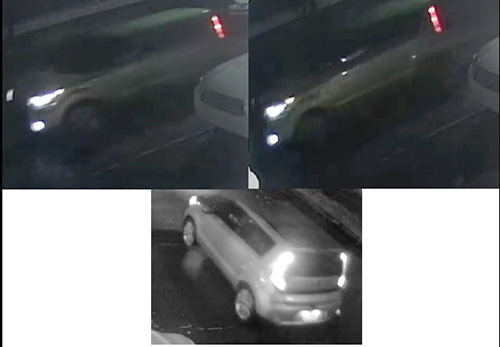 Green Kia Soul is connected to Dec. 22 vehicle buglaries on Laurel Street near Valence. (via NOPD)

At 12:33 a.m. on Dec. 22, the occupants of the vehicle pictured above, a newer-model green Kia Soul, used a window smashing tool to gain entry into cars parked in the 5300 block of Laurel Street in the West Riverside neighborhood.

At left is a vehicle similar to the suspect’s vehicle. The car had a Louisiana license plate 520BAA. At right is a handgun similar to the stolen Glock, serial number WGM436 .  (via NOPD)

The fourth incident occurred Dec. 23 at about 5:30 p.m. in the 8500 block of Spruce Street in the Leonidas neighborhood. A gun was stolen from a car on that block.

A dark-colored (possibly dark silver) Toyota RAV4, similar to the car pictured above, bearing  Louisiana plate 520BAA, was seen with two males and one female inside. They are believed to be responsible for a vehicle burglary in which a black Glock 17 9mm handgun, bearing serial number WGM436, was reported stolen.

Police released stock photos, above, of the Toyota RAV 4 and the handgun.

Anyone with information on these incidents is asked to contact NOPD Second District detectives at 504-658-6020, or to call anonymously to Crimestoppers at 504-822-1111.