The New Orleans Police Department is requesting the public’s assistance in the identification and location of suspects in Uptown vehicle burglaries.

The Dante Street incident occurred at about 6:35 p.m. The suspects, pictured above, arrived on bicycles. The two are also suspected in additional vehicle burglaries. 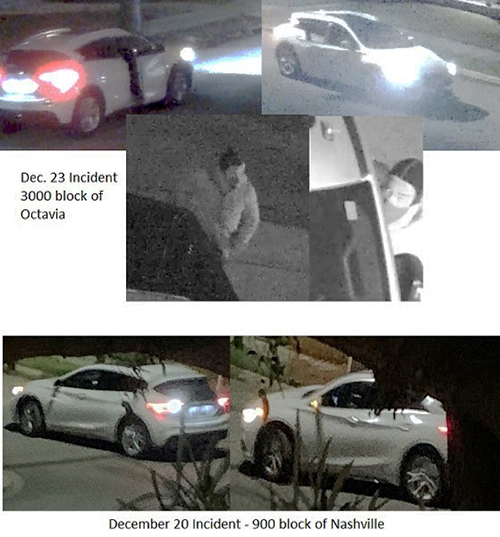 The NOPD is seeking both suspects and a white crossover vehicle believed to be involved in recent vehicle burglaries.

On Dec. 20 at about 11:10 p.m., the pictured white crossover vehicle was observed in the 900 block of Nashville Street, and its occupants were observed burglarizing vehicles in that block.

Three days later, on Dec. 23 at 11:56 p.m., a vehicle matching the same description was seen in the 3000 block of Octavia Street and occupied by at least two individuals.

One of the individuals, clad in a puffer jacket and ski mask, was seen burglarizing a vehicle by smashing the vehicle’s window. 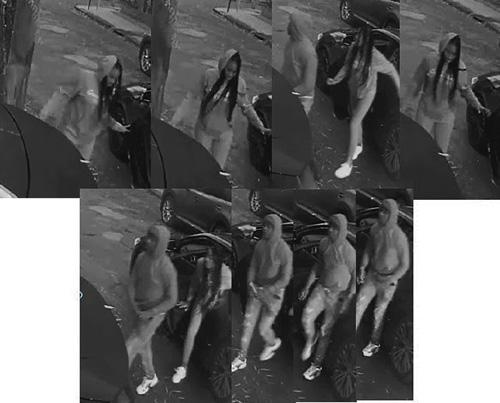 At about 6:55 a.m., the suspects pictured above were seen in the 500 block of Walnut Street, using a dark colored sedan for travel. They are also suspected in other vehicle burglaries.

Anyone with information on this incident or the pictured suspects is asked to contact NOPD Second District detectives at 504-658-6020, or to call anonymously to Crimestoppers at 822-1111 or toll-free 877-903-STOP.