An armed purse snatching, a stabbing during a domestic argument and an armed carjacking were reported to the New Orleans Police Department in Uptown neighborhoods over 24 hours on Monday and Tuesday.

On Monday morning, a 66-year-old woman was robbed at gunpoint on Magazine Street in the Garden District.

A woman armed with a gun forcefully removed a purse from the 66-year-old’s shoulder at about 7 a.m. in the 2800 block of Magazine, according to a police report. The purse snatcher then fled on foot.

The stabbing took place Monday afternoon on Earhart Drive in Central City. A 46-year-old man and a 27-year-old woman were arguing inside a home in the 3700 block of Earhart at about 3:10 p.m. on Monday, police said. When the man tried to leave the house, the woman allegedly grabbed a knife and stabbed him in the left arm. 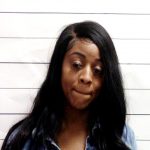 She fled the scene but later returned, police said. Sixth District police officers arrested Joeisha Jackson in the incident at about 11:30 p.m. on Monday and booked her on one count of aggravated battery.

Sheriff’s Office records show this is Jackson’s third arrest; she was booked with simple battery in 2011 and with criminal damage to property in 2018. No charges were filed in these cases.

Jackson remained in Orleans Justice Center on Tuesday morning. She had not yet been arraigned and no bond had been set, according to Sheriff’s Office records.

An armed carjacking took place early Tuesday in the Dixon neighborhood, in the NOPD’s Third District. A 32-year-old man was parked in the 3900 block of Hamilton Street at about 2:30 a.m. when a car with four men pulled up behind him.

Two men got out of the car with their guns drawn, demanding that the victim leave his vehicle and keys. He complied.

The two gunman drove off in the 32-year-old’s car, while the two other men fled in their vehicle.

A similar incident had been reported a few hours earlier in Gentilly.

Further details were not immediately available. Anyone with information on these incidents is urged to call Crimestoppers at 504-822-1111 to leave an anonymous tip that could be eligible for a cash reward.