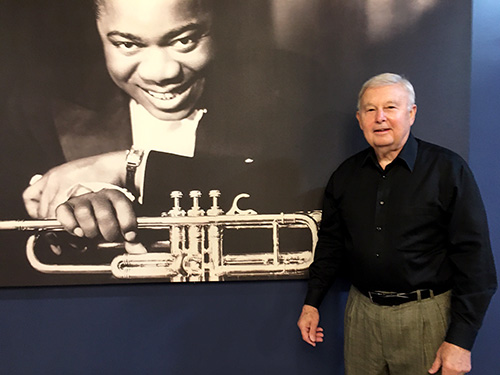 When local tourism’s most established entrepreneur Warren Reuther, Jr. christens the new 3,000 passenger Riverboat Louis Armstrong on Saturday afternoon, it will be a crowning achievement of an almost 50 year career as a visionary leader in the tourism industry.

In addition Reuther was instrumental in helping develop the cruise ship industry in New Orleans by lobbying for the passage of legislation that allowed the ships to keep their casinos open while traveling to and from the mouth of the Mississippi River. A decade later, the success of cruise ships and cruise-ship gaming paved the way for the passage of riverboat gaming legislation that Reuther also nurtured, and eventually our land-based casino.

Born in the 9th Ward, Reuther attended St. Cecilia and Cor Jesu, which became Brother Martin. After graduating from college, Reuther took a job at Halter Marine, where he learned the basics of boat building and operations. The space industry was just developing in New Orleans East and along the Mississippi Gulf Coast. His wife’s uncle asked him to manage a mobile home sales operation, which led to Reuther opening a mobile home park on Chef Menteur Highway. He began booking tours for the visitors and later purchased a bus to bring them downtown to experience the French Quarter.

More than 45 years later, Reuther yearned to create a new iconic attraction to add to New Orleans tourism amenities – a super boat that could cruise and host a wedding and a concert all at the same time. He thought about his early years at Halter Marine and about Louis Armstrong’s work on Streckfus Steamers, which operated river excursions. As a teenager, Armstrong played with Fate Marable’s dance band on board the steamboat.

Reuther purchased the former lndiana-based floating casino from Tropicana Entertainment and had it refitted and remodeled at Conrad Industries in Amelia, Louisiana. The vessel’s captain also came along. The four-story structure includes a world class concert venue and lounge, a reception hall perfect for weddings or special events, a Foundation Room that honors the legacy of Louis Armstrong, and a spacious roof-top deck and bar. 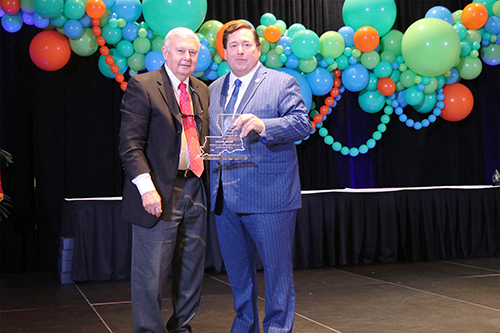 “We are grateful to Warren Reuther Jr. for his lifelong commitment to Louisiana’s tourism industry,” said Lt. Gov. Billy Nungesser who will help christen the riverboat on Saturday. “Warren has truly been a visionary who continues to invest in our state’s global reputation as a premier tourism destination. The Riverboat Louis Armstrong is yet another example of how Warren works tirelessly to make Louisiana the greatest travel destination in the world.”

“I tell my staff all the time, you can’t teach someone to be a visionary. You either have vision or you don’t,” Reuther explained. With the addition of this world-class vessel to New Orleans skyline, Reuther’s vision for tourism growth in New Orleans is as sweet and clear as the sounds from Louis Armstrong’s trumpet. Preview nights on the Riverboat Louis Armstrong are set for Dec. 14, 21 and 28th. On New Year’s Eve, local drag icon Coca Mesa will present “A Start Night” featuring an all-star cast of drag divas.  The boat is docked on Poydras Street behind the Hilton Hotel.

Clerk of Court Arthur Morrell, an avid horseman, recently received the first-ever Lifetime Achievement Award from the Louisiana Horsemen’s Benevolent and Protection Association.  Morrell has been a horse owner and breeder for more than 30 years. As co-owner of Hedgemorrell Racing and Hedgemor Breeding Farm, Morrell has raced many award-winning horses including Ways N Means and Primo’s Star, now a retired brood mare whose sire was Mass Media.

Prior to being elected clerk of Criminal District Court, Morrell was a state representative for 23 years. During that time he authored and passed many bills that benefited horsemen, including legislation that increased the share of purse money the horsemen receive from slot machines and off track betting. Morrell has been on the HBPA’s board since 1992 and was its first African-American vice president.