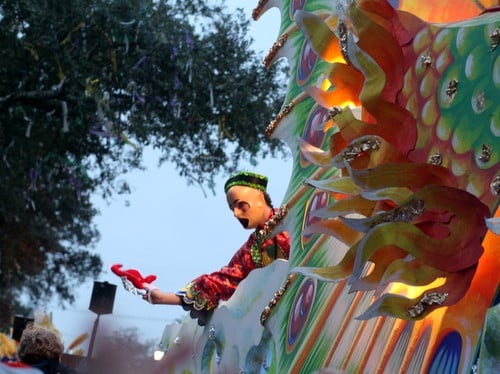 The Napoleon Avenue neutral ground between Claiborne Avenue and Magnolia Street is in the process of getting a face lift, one designed with both beauty and floodwaters in mind.

The new trees and walkway may look like simple landscaping to a passerby, but is actually what the Army Corp of Engineers calls “green space restoration,” a technique that has been shown to reduce flooding.

The restoration is part of the Army Corp of Engineer’s Southeast Louisiana Flood Control Project, a $2 billion set of infrastructure improvements meant to reduce the risk of flooding in the event of heavy rain.

This is the same project that oversaw the installation of a canal under Napoleon Avenue, the construction that disrupted Carnival celebrations for many in New Orleans.

A portion of this neutral ground lies on the parade route and is prime space to set up camp for parade viewing. Maintaining this festive space was was a central concern of area neighborhood associations.

The initial restoration plans included what Judy Jurisich, Bouligny Improvement Association board member, said was “a much more high density of trees.” They feared this design could winnow the neutral interfere with the float riders’ throw-tossing ability.

In response to feedback from the Bouligny Improvement Association and other area neighborhood associations, the plans were amended to have fewer trees. Mardi Gras parades are not expected to be impacted.

“It worked out really well,” Jurisich said. “I think everything’s great. I think the core did a really nice job designing this.”

The neutral ground will have trees of assorted heights, including nuttal oaks and two different kinds of crape myrtle, spaciously placed around a long, gently curving walkway.

Construction is currently underway and will take three to six months to complete. The stretch of Claiborne Avenue neutral ground will see similar renovations next year. 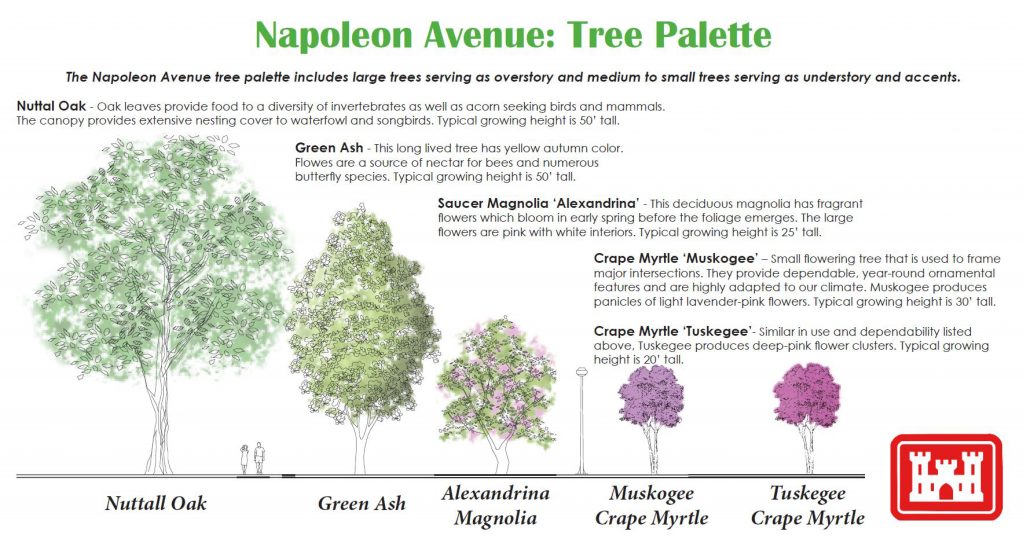