The New Orleans Police Department is looking for information that can lead to the location and arrest of two suspects involved in a theft incident on Oct. 28.

At around 2:22 a.m., a man identified Hamid Issam Alhendi, 23, and the pictured unknown male got into a verbal dispute with a store clerk at Brother’s Food Mart in the 4100 block of South Claiborne Avenue.  At some point, the clerk dropped his cellphone and the unknown male picked it up.  Both Alhendi and the other suspect left the scene with the cellphone in the vehicle shown below. 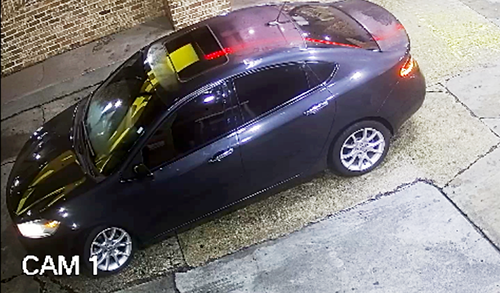