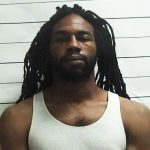 A man was charged in the shooting death of his father inside his grandmother’s Leonidas home, District Attorney Leon Cannizzaro’s office announced Thursday.

Carldell Paul, also known as Carldell Daniels, was charged with the second-degree murder of 50-year-old Carl Daniels and with obstructing justice in a homicide investigation in the two-count indictment handed up by an Orleans Parish grand jury.

Paul, 31, faces a mandatory lifetime prison sentence if convicted of the murder, and up to 40 years if found guilty of the obstruction count.

The victim’s mother called New Orleans police at 9:19 p.m. on July 10 to report the killing inside a bedroom of her home in the 1200 block of Eagle Street. She told investigators that her son and grandson had been arguing about money, and that she suddenly heard gunshots in the victim’s room. When she reached the doorway, she said, she saw Paul standing over his slain father with a pistol in his hand.

Daniels fled, and was arrested six days later by authorities at an apartment in Gulfport, Miss.

Daniels remains jailed at the Orleans Justice Center awaiting trial, in lieu of a $400,000 bond. The murder weapon has not been recovered.