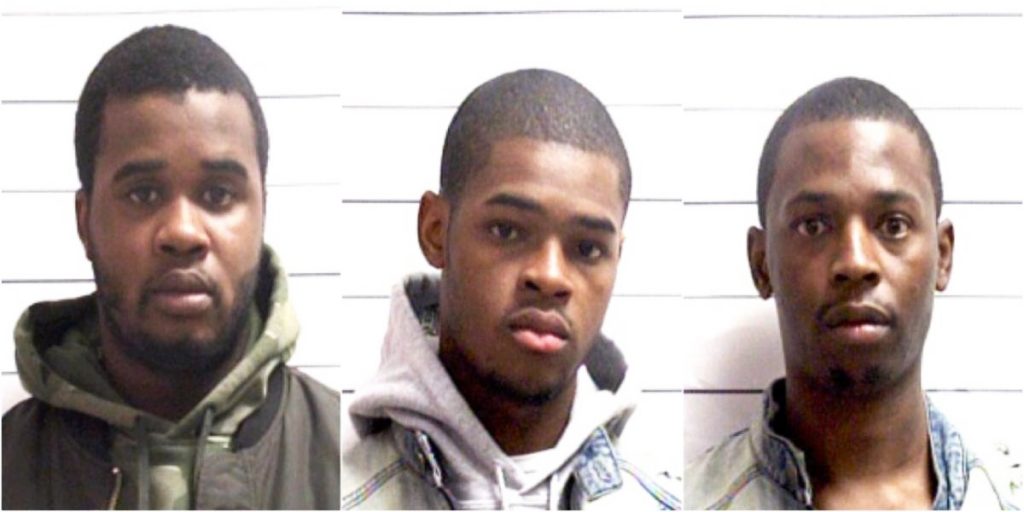 Four alleged members of the Byrd Gang were charged under the Louisiana Racketeering Act and in other crimes related to a violent drug-trafficking enterprise based in Central City, District Attorney Leon Cannizzaro’s office announced on Monday.

An Orleans Parish special grand jury on Oct. 23 handed up a 16-count indictment charging Tyrone “Six” Bovia, Chance “Doona” Skipper, James “Poo” Alexander and Randy “Tokey Hefner” Calvin with racketeering. In Louisiana, racketeering is punishable in Louisiana by a prison sentence of up to 50 years.

The announcement of the indictment was delayed to give law enforcement officers a reduced-risk opportunity to arrest the suspects. As of Tuesday morning, only Calvin remained at large.

According to the indictment, Byrd Gang members express a strong association in social media posts with the former Magnolia housing development, now Harmony Oaks. Its rival, the Ghost Gang, is connected with the former Calliope housing complex, now Marrero Commons.

The indictment details more than 30 overt acts committed by some or all of the defendants in furtherance of their criminal enterprise. Many of the acts involved gun violence directed toward members of the rival Calliope Ghost Gang. 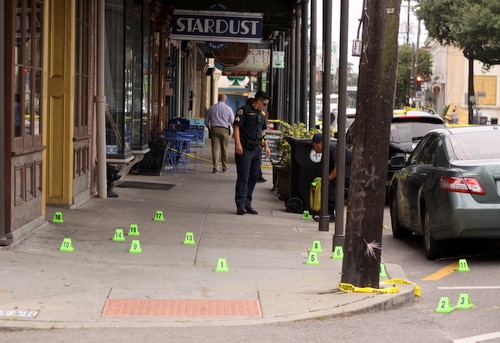 Among the most notable was the afternoon shootout between rival gang members in the shopping district along the 1900 block of Magazine Street that left two gang rivals and a bystander a half-block away wounded by gunfire on Aug. 25, 2017.

At about 3:30 p.m., according to the indictment, Calvin, Alexander and Skipper went into Foreign Clothing on Magazine and confronted a Ghost Gang associate, referred to as “T.H.”

When the rival gang member walked out of the store, the three followed. Alexander, the indictment states, pulled out a semiautomatic handgun and hit T.H. across the back of the head.  T.H. then took out a gun as Alexander raised his, and a sidewalk shootout commenced, injuring both men. One of the bullets also injured an employee at a nearby business.

Calvin and Skipper loaded Alexander into a gray four-door Infinity and sped to University Medical Center, where they dropped him off without getting out of the car. Alexander was arrested at the hospital. Court records show that the charges in this incident, including one count of attempted second-degree murder filed against Alexander, were dismissed in April 2018.

Another shootout ended in a death. On May 3, 3018, three masked men unleashed multiple rounds of gunfire from assault rifles in the New Orleans East apartment of a Ghost Gang member. Minutes later, Bovia and Alexander arrived at New Orleans East Hospital with the body of fellow gang member Terrance “Shoota” Augustine. Augustine was 24 when he died in the shooting, and the list of survivors in his obituary included an unborn son.

In a more recent incident detailed in the indictment, Bovia and his 1-year-old son showed up at University Medical Center on Sept. 4 with gunshot wounds to the head. Bovia gave multiple names to the New Orleans police officers at the hospital before admitting his identity. Then he gave different stories of how and where the shooting happened. He eventually fled the hospital, leaving the child behind.

The indictment includes the following charnges:

The indictment can be viewed here.