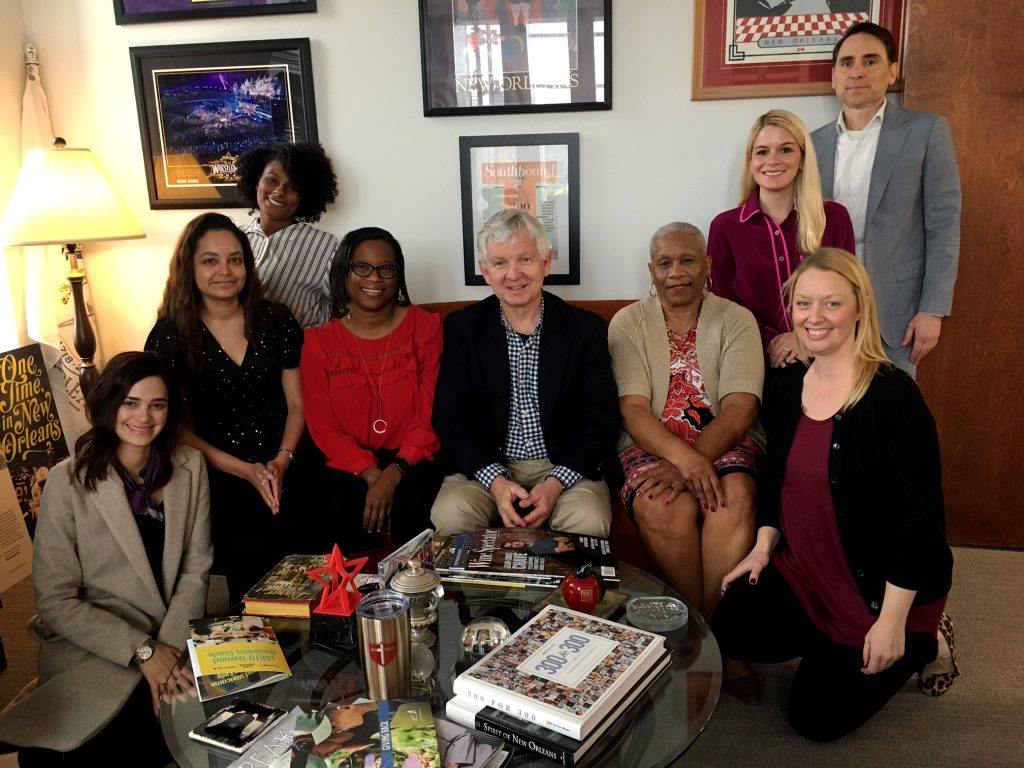 Under the direction of seasoned professional Mark Romig since 2011, the NOTMC was established in the early 1990s to boost hotel occupancy during slow tourism periods. The agency’s work created additional tax dollars, more revenue from ancillary spending, increased employment and greater opportunities for small businesses.

For Romig, the chance to lead the New Orleans’ leisure marketing efforts was the culmination of decades of hard work. A graduate of UNO’s School of Hotel, Restaurant and Tourism, he toiled at several entry-level hospitality industry jobs and, at age 26, was fortunate to be named director of Protocol and Guest Relations for the 1984 World’s Fair.

“The World’s Fair was a door-opener for me at a pivotal time in my life,” said Romig.  “It was my truly first introduction to the richness of our city and state, and helped me understand and appreciate just how special our people are and the importance of respect for all cultures.  I wouldn’t trade those years for anything.”

He also credits the time spent working for advertising industry guru Peter Mayer, calling him “a giant who provided me a depth of experiences.”

Romig brought a fresh perspective to the NOTMC.  “When I started, we were heavy in print advertising as well as typical television advertising. Our use of social media and digital advertising was minimal at best. Our agency of record, 360i [Digital Marketing Agency], showed us how we could do more with less by engaging in the digital space and complement with broadcast. The internet has changed our approach and we tapped into the share-ability of our messages through social media,” Romig said.

Romig is quick to identify three major accomplishments: increasing attention on New Orleans’ many diverse neighborhoods as well as small businesses; working to bring culture seekers to New Orleans who will invest in our culture bearers, which helps provide additional spending and supports job growth; and developing a team of passionate marketers who truly love the city and their work. “My staff is excellent and an integral part of our accomplishments,” he said. 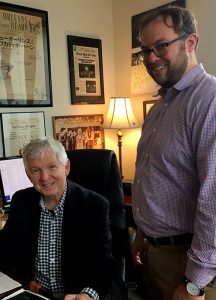 Romig in his office with staffer JP Gisclair. (Danae Columbus)

Romig is proud that his agency has successfully provided positive messages to the world about New Orleans unique way of life and culture. He is even more focused on the overall economic development and job growth visitor spending provides to New Orleans economy.

More than 18.5 million people visited New Orleans in 2018 and spent $9.1 billion, according to the 2018 visitation study by DK Shifflet & Associates.

This weekend’s Bayou Classic is one of the many special events the NOTMC helps support along with Christmas New Orleans Style, Luna Fete, the French Quarter Festival, the Essence Music Festival, the National Fried Chicken Festival, Southern Decadence and several festivals in Treme.

“Integration of our leisure marketing service to New Orleans & Co. will allow a seamless and coordinated messaging of our city to consumers for the first time. It is a win-win for all involved,” said Romig. “We will also be able to consolidate and positively impact messaging to both groups and international visitors. This is best practices across the nation. I am excited to see New Orleans move in this direction.”

Romig also believes that his work as announcer for the New Orleans Saints “helps amplify what makes New Orleans such a special destination. I was born a Saints fan. They represent New Orleans so well around the world. Just like everybody else, I support our team.” Romig is optimistic that the Saints will “go all the way” this year.

“New Orleans is my home town. I love what I do. My parents, including my father former Saints announcer Jerry Romig, were my role models,” Romig said. “They taught me the importance of searching for opportunities to get active in the community. I don’t have children but I do have a passion for helping the next generation of leadership.”

Mark Romig was taking 18 hours a semester at UNO and working full time at the Omni Royal Orleans when he first became interested in a tourism career. As the industry continues to grow, there are many more hospitality-industry opportunities, which offer personal fulfillment and a pathway to success, especially for minorities. Those who dream big and work hard like Romig did can expect a bright future.

Happy Thanksgiving to all!