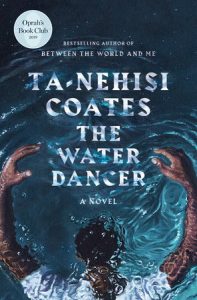 Elbows lined bannisters and pews Thursday night at Temple Sinai as a packed audience leaned in to hear two of our nation’s most celebrated narrative craftsmen, Jesmyn Ward and Ta-Nehisi Coates, discuss how to reconstruct the story of the United States.

The event hosted by Octavia Books was part of Coates’s nationwide tour promoting his new novel “The Water Dancer.”

The book is Coates’s first foray into fiction after gaining fame for his journalism at The Atlantic and his nonfiction book “Between the World and Me.” 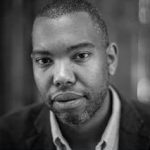 For this discussion, Coates sat on the other side of the interview as Ward, a two-time National Book Award winner and Tulane University professor of creative writing, asked Coates about genesis of his latest book.

Ward and Coates’ works live on common ground. Both are African-American writers whose publications center on accurately representing the black experience in the United States, pushing back against what Coates referred to as centuries of “obfuscation and annihilation” of black realities, minimizing the pain and flattening the individual identities. 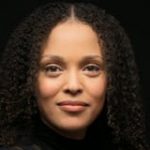 It is this systemic misrepresentation that inspired Coates to write “The Water Dancer.” As he explained to Ward, Coates wanted to write a story that showed the human experience of enslaved persons beyond what has become the common imagery of enslavement.

To accomplish this task, Coates started reading. In the 10 years it took him to finish “The Water Dancer,” he researched extensively, focusing on first-person accounts of enslaved persons. The thing he found discussed most often was not the pain of forced labor nor the inhumane living conditions, but the trauma of family separation.

In the antebellum South, it was common for families to be torn apart as their members were bought and sold. A parent might be sold to a plantation down the road or across state lines, while the children were kept by the original owner or sold elsewhere.

“Imagine a world where you’re not texting your kids, when your kids go somewhere else,” Coates said. “When people were separated in that day, that was basically it. They had basically died for you.”

Depicting this experience, what seemed to matter most intimately to enslaved people, became the premise for “The Water Dancer.”

Before he began this project, Coates admitted, he did not full comprehend why survivors of rape preferred the term “rape survivor” to “rape victim.” He simply used the language out of respect, not understanding. However, after a decade spent trying to write a story that humanized enslaved persons in the American consciousness, he emerged with a newfound appreciation for the power of words.

“If you call somebody something that makes the crime their identity, it obviates and annihilates everything else about them,” Coates said.

It’s the difference between the term “slave,” which implies slavery is a trait as permanent as the color of one’s eyes, and “enslaved person,” which positions the crime of slavery as act done to someone, not a god-given feature of their identity.

Struck by inadequacy of existing terminology, Coates created a new system of language to describe the experience of enslaved persons. He said he seldom used the words “slavery” or “slave” in his text and rarely referred to white slave owners. Ward noted that the treatment of names, how different it was from typical language, was “something she had to get used to” as she read the novel.

Coates is known for his advocacy for equal rights. In 2014, he famously published “The Case for Reparations” in The Atlantic, arguing that the African-American community should be compensated for the wealth stolen from them not just by legalized slavery but by discriminatory practices such as redlining and Jim Crow laws.

Many of the audience questions, which were submitted to Ward before the event and then asked by her on stage, sought his expertise in this area. One asked for advice on how to speak with people who “refuse to hear” views different from their own.

Rather, he suggested people focus on those who are willing to hear to different views, but have not heard them yet. Coates used “The Case for Reparations” as an example, telling of the white men who approached him, shocked by the realities they had learned from reading his piece.

“To the extent there is work, that’s where it is” he said. “It’s [with] the people who don’t know.” He continued, “if you refuse to hear — listen, life is short, man, and we’ve got books to write.”

Ward divulged she is writing. She told Coates she is working on a new novel inspired by an episode of the National Public Radio series “Tripod,” which delved into New Orleans history in honor of its 300th birthday.

One podcast spoke about the history slave markets in the city. Ward was shocked when she heard it. As someone who grew up a 45-minute drive away from New Orleans in DeLisle, Mississippi, and visited the city on a regular basis, she had never been taught the full extent of New Orleans’ participation in the trade of enslaved persons.

In the same way “The Water Dancer” sought to reshape the conceptualization of enslavement in the United States, Ward wants her new novel to reinstate the reality of slave markets back into common history of New Orleans, integrating it into story we tell to our children about this city and the story that shapes our understanding of race in the United States.