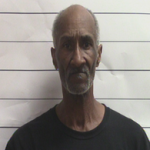 A 61-year-old man was arrested in Central City on Friday after threatening a marijuana dealer, the New Orleans Police Department reported.

Police say Louis Wright purchased marijuana from a 36-year-old man in the 2400 block of Martin Luther King Jr. Boulevard at about 11 a.m. on Friday, Nov. 22.

After realizing the product was of poor quality, he returned to the location, the police report states.  Wright allegedly pulled a knife on the man and demanded his money back. The dealer refused to turn over the money.

Wright was arrested at the scene. He remained jailed Saturday on one count of assault with a dangerous weapon and one count of attempted armed robbery, according to Orleans Sheriff’s Office records. His bond was set at $2,000.