From College Classes to the Basketball Court:
Why My Son and I Love Sophie B. Wright

In the sixth installment of this ten-essay series by parents of students at public schools Uptown, Craig Victor writes about his son’s experience at Sophie B. Wright Charter High School. Like New Orleans as a whole, Uptown has many public school options for families—from college preparatory schools, to three different language immersion programs, to a Montessori program, to a technology career pathway school. In this series, we hear from parents themselves on why their child’s school is right for them. 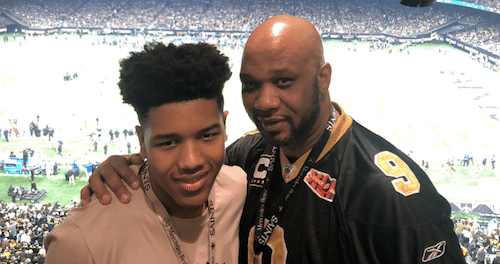 Anyone who makes my kid smile on a daily basis is a winner in my book. Sharon Clark is one of those people; she’s the principal of Sophie B. Wright, where my son Coi is a junior. She cares about her students from the bottom of her heart, and she’s a true professional. She’s everywhere in that school building. She’s involved in everything and knows what’s going on in every kid’s life. For Coi, this has meant really pushing him to excel academically; now his GPA is in the top 10 of his class.

Coi’s experience at Wright has also been shaped by Jason Bertrand, his basketball coach and the athletic director of the school. Coach Bertrand is part of the reason we chose Sophie B. Wright to begin with. He’s not just a coach; he’s a motivator and a mentor. He involves parents in everything, but he’s all about the children. Coach Bertrand is such a part of the life of the school that even kids who aren’t on any teams know to come and ask him for help when they need it. 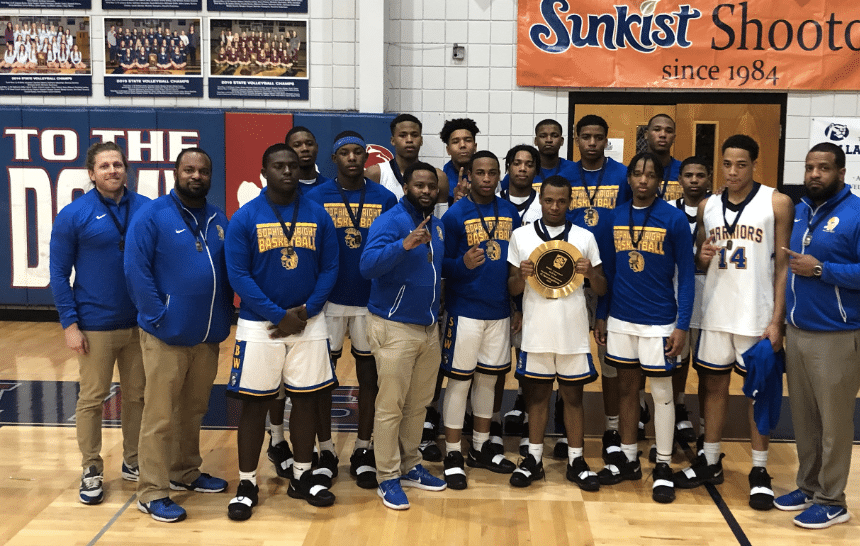 Because of Coach Bertrand, the Sophie B. Wright basketball team has made it to two straight state final-fours over the last few years. He’s helped kids earn scholarships for college through his program. You can’t ask for more than that. Coach Bertrand deserves an award, but he’s the type of person that would receive one and say that someone else deserves it.

Educators like Ms. Clark and Coach Bertrand have built a community at Sophie B. Wright that is both rigorous and welcoming. The teachers are very involved; they embrace each child as if they were their own. Coi gets up ready and willing to go to school each day, and he’s engaged while he’s there. He comes home after basketball practice and gets down to doing his homework right away. He’s invested in both his academics and his team.

Coi’s great experience at Sophie B. Wright extends beyond its campus. Three days a week, Sophie B. Wright sends him and a small group of peers to the University of New Orleans, where they take college classes. They are earning college credits while still in high school. My aspiration for Coi is that he goes to college and is a good citizen, and Sophie B. Wright is helping make that a reality already. 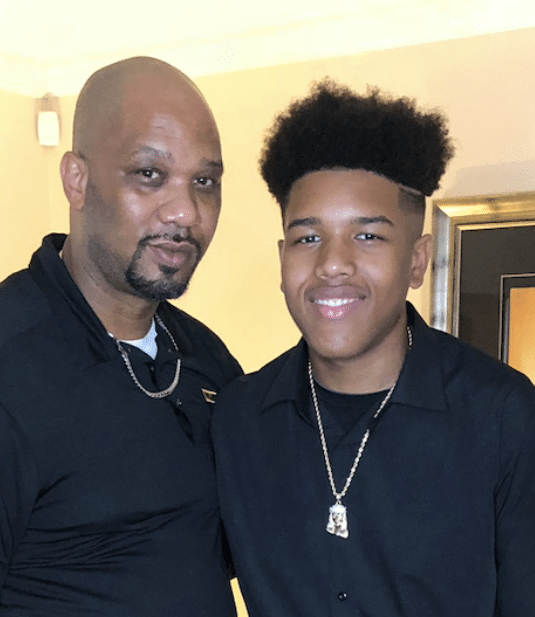 As a parent, I am part of the Sophie B. Wright community, too. When I’m on campus, teachers will say, “Oh, you’re Coi’s dad.” That’s a great feeling. I am there for every parents’ night, I’m there at all the meetings, I help with fundraisers, and sometimes I even fill in doing the time clock at the basketball games. I am also on the school’s board of directors. As board members, we vote on the budget for the school, take in concerns from parents or the student body, and help make decisions around issues large and small, from the dress code, to school policies, to authorizing a school dance.

All this means that I’m at the school more than most. But when I’m not there, I’m not worried about what’s going on within its walls. I can relax and know my son is in good hands. When he’s there, he’s learning, growing and achieving. And Sophie B. Wright really celebrates students for those achievements. Coi is on the honor roll, for instance; I remember the day he came home with his hard-earned honor roll polo shirt. It is not like the other school polos; it is blue, with his name embroidered on it in gold.

Every time he wears that shirt, I feel pride. I am proud that he and I are a part of the Sophie B. Wright community, which stands for excellence. But most of all, I am proud of my son, who has accomplished so much already, and with the help of his school, is destined for even greater things.

Sophie B. Wright Charter High School is located at 1426 Napoleon Avenue. Enrollment for the 2020-2021 school year for Wright and nearly all New Orleans public schools opens this fall through EnrollNOLA. You can find out more information at enrollnola.org or call or visit a Family Resource Center.