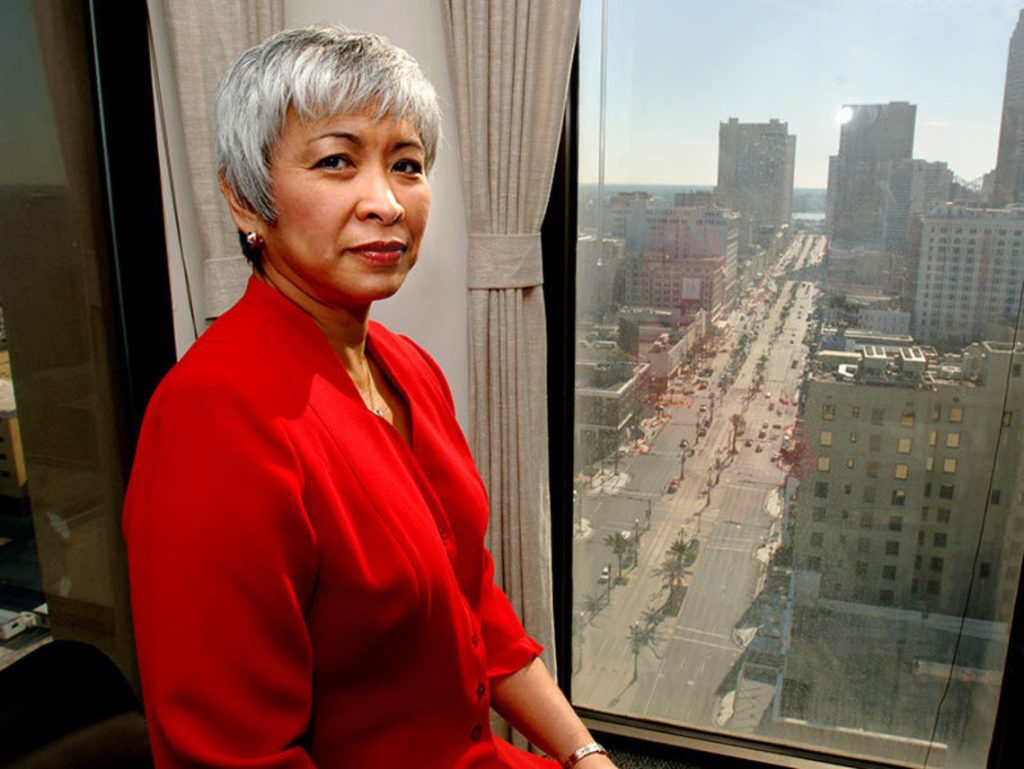 Maureen Lichtveld of the Department of Environmental Health Sciences at Tulane University is principal investigator in a new project with the United Houma Nation. (courtesy of Tulane University)

From Tulane University
The United Houma Nation is a Louisiana state-recognized tribe trying to maintain its unique culture during dramatic climatic, environmental and socioeconomic change. A new project awarded to Tulane University researchers from the School of Public Health and Tropical Medicine aims to enable the United Houma Nation to determine how to support its citizens to adapt to climate-related and other short- and long-term stressors while maintaining the integrity of its community and culture.

Tribal citizens have sustained livelihoods and communities in southeast Louisiana’s shifting landscape for generations. Today, however, ongoing coastal land loss combined with the cumulative impacts of health, social, and economic disparities pose new challenges for the tribe. Innovative solutions are required. This need for innovation is the impetus for the tribe’s decision to partner with Tulane University to organize a research team for this community-based participatory research project.

The research team will examine existing and emerging stressors, identify resilience strategies, and produce actionable information, tools, and interventions that can be used by the tribe to navigate these challenges. Project results may help other Gulf Coast communities facing similar issues.

“Recent studies show the Barataria Basin in southeast Louisiana, where the majority of UHN members reside, has experienced some of the highest rates of land loss in the region at more than seven miles per year from 1985 to 2010,” said Dr. Maureen Lichtveld, principal investigator and chair of Tulane’s Department of Environmental Health Sciences.

“Cultural traditions of fishing and trapping and even homes are threatened by erosion and rising sea levels. Part of this project will examine how tribal citizens move within and outside of Louisiana to manage these socioeconomic and environmental stressors.”

The Gulf Research Program was established at the National Academies of Sciences, Engineering and Medicine with $500 million of settlement funds paid out over five years (2013-18) by the companies found responsible for the 2010 Deepwater Horizon oil spill.