From the District Attorney’s Office 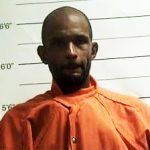 A New Orleans man has been indicted for murder in connection with an August killing inside a home in the city’s Dixon neighborhood, District Attorney Leon Cannizzaro’s office announced on Thursday.

Aaron “Yao” Lawrence was charged with the second-degree murder of 41-year-old Travis Smith, obstruction of justice in a homicide investigation, and with being a felon in possession of a firearm, in the three-count indictment handed up by an Orleans Parish grand jury.

Lawrence, 33, faces a mandatory lifetime prison term if convicted of murder. He also faces up to 40 years in state prison if found guilty of the obstruction count, and 10-15 years if convicted of the firearms offense. Those penalties ultimately could be enhanced, based upon Lawrence’s extensive record of felony narcotics possession and distribution convictions.

New Orleans police said Smith was found dead from multiple gunshot wounds in the front room of a home in the 8900 block of Marks Street. The fatal shooting occurred at approximately 4:30 p.m. on Aug. 1.

Witnesses identified Lawrence as the gunman who killed Smith during an argument over allegedly missing rocks of crack cocaine, and the suspect was arrested Aug. 9. Lawrence currently is in Louisiana Department of Corrections custody.