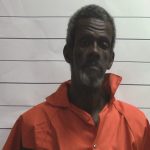 Anthony Love, 54, was arrested in the robbery. Police say he entered the victim’s home at about 5:30 a.m. and threatened to stab him with a kitchen knife. The victim was forced to go to an ATM in the 1900 block of Martin Luther King Boulevard. After the victi turned over half of the cash withdrawn, police said, the robber then snatched the rest of money and fled.

Police arrested Love after the victim identified him as the perpetrator. He faces one count of armed robbery. Orleans Parish Sheriff’s Office records show Love has been arrested 23 times over the past 30 years, primarily on drug charges but also in cases involving battery, robbery and burglary. A domestic abuse case against him was dismissed in June.