Traffic will be restricted along the route below until the last participant passes and course materials are removed. The city will track the beginning and end of the half marathon as it progresses along the route in real time at routewise.nola.gov.

Roads along the route are expected to reopen within the following timeframe:

See the route below: 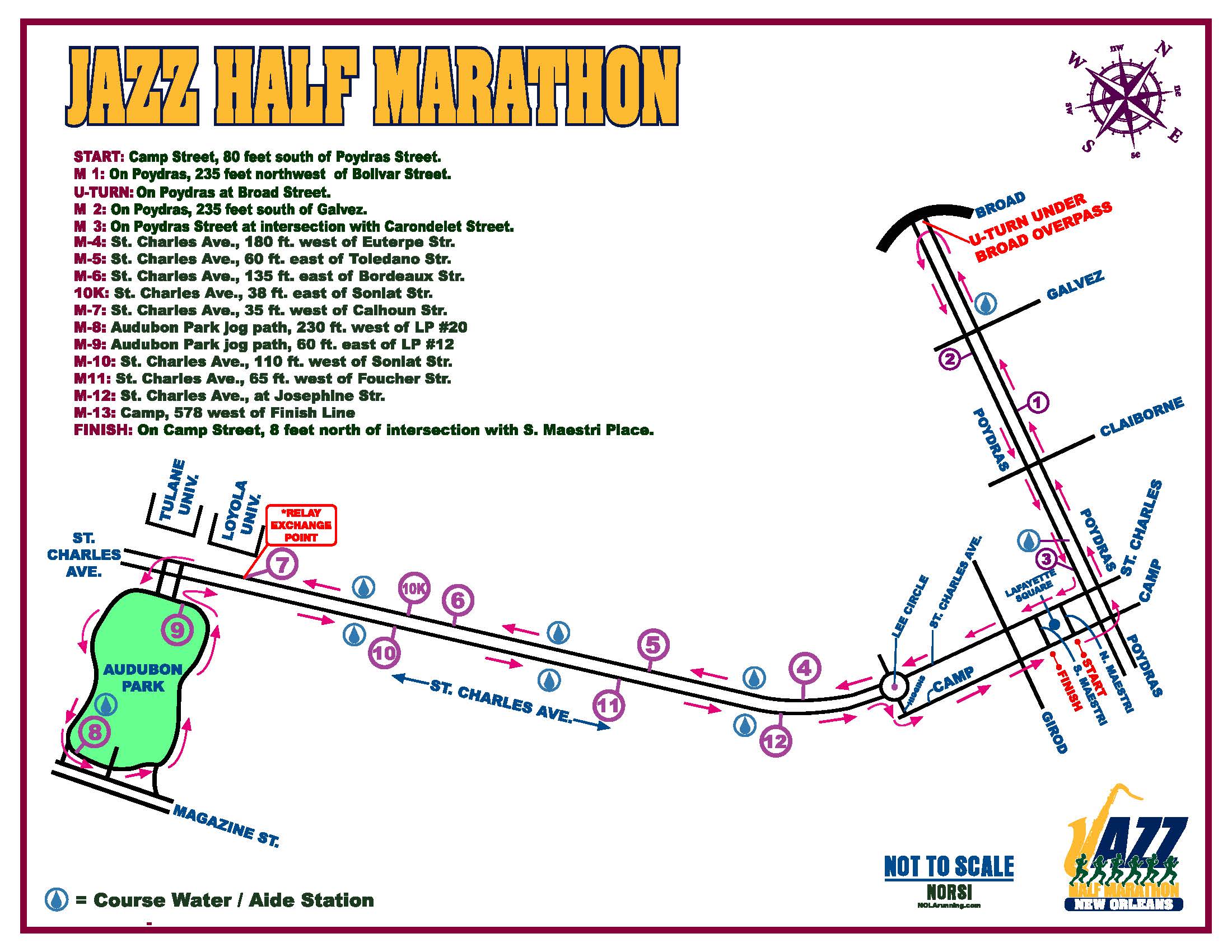 For more information on the marathon, a fundraiser for Children’s Hospital, view the race website: jazzhalf.com.