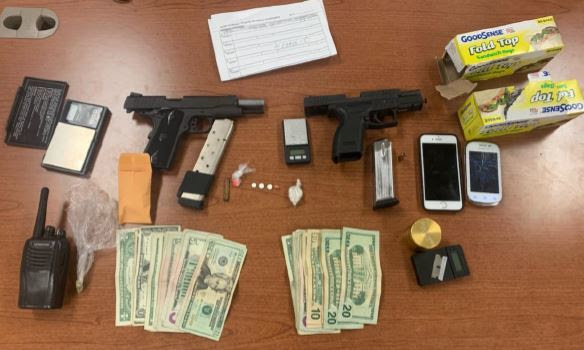 The NOPD arrested three suspects on Tuesday, Oct. 8, in multiple narcotics and firearms violations. The arrests occurred in the 8700 block of Green Street.

Following up on a Crimestoppers tip, Second District Task Force officers initiated surveillance on the location in the Leonidas neighborhood.

Following surveillance and a subsequent investigation, officers obtained a search warrant. The search of the location resulted in the arrest of three 25-year-old men: Edwin Hilton, Shedrick Colbert and Sheldon Colbert.

On Sunday, Hilton remained in Orleans Justice Center on $22,000 bond, and Shedrick Colbert was jailed on $9,500 bond.