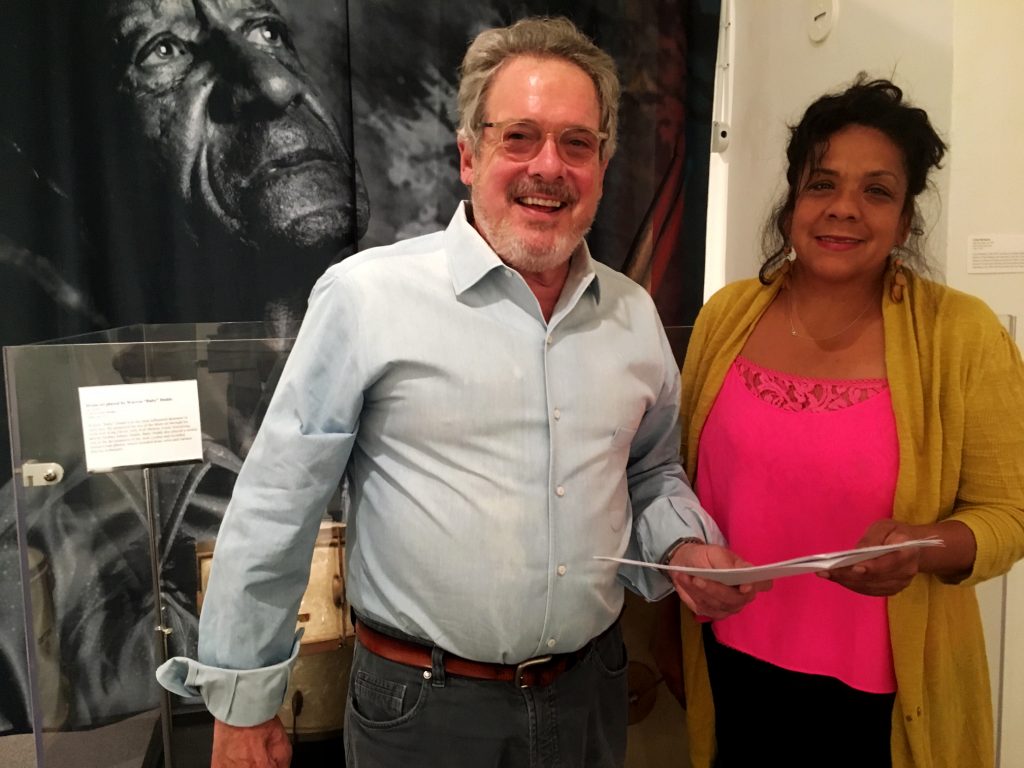 Just as Louis Armstrong upended the music world by creating his new fresh new sound, Donald Trump has upended the world of politics by breaking all the rules. Though polar opposites, Armstrong and Trump form the philosophical basis for discussion at the second annual Improv Conference New Orleans: A Festival of Ideas, according to conference founder Randy Fertel.

Nov. 8-10 at the New Orleans Jazz Museum and other venues. Legendary cartoonist Jules Feiffer will make a special appearance at the conference.

Improvisation has been called the activity of making or doing something not planned beforehand, using whatever can be found. In the performing arts, improvisation is often a very spontaneous performance without specific or scripted preparation. Improvisers demonstrate the value of letting loose.

Funded as well as founded by scholar and philanthropist Randy Fertel, an heir to the Ruth’s Chris Steak House fortune, the conference will explore improvisation across disciplines through conversations and performances. “Improvisation requires creativity. It’s a deep impulse to push back against the rigid,” explained Fertel. “Sometimes our gut knows more than our brain which brings a certain skepticism.”

In Western history, improvisation has its roots in French theater almost four centuries before Christ. Beginning in the 1500s, Italy’s commedia dell’arte players broadly used improvisation in their street performances. Improvisation in the arts fosters collaboration and enhances flexibility. It also plays a role in mathematics, science and engineering and even automobile maintenance. Cuba’s cab drivers “improvise” parts to keep their vehicles on the road.

The conference kicks off informally Sunday, Nov. 3 with the screening of Esplanade, a narrative journey along the famous avenue, followed by a Q&A with producers Jonathan Freilich and David Gamble. New Orleans native Gianna Chachere, founder and executive director of The New Quorum, will moderate the film screening at the New Orleans Museum of Art.

Michael Pollan, the New York Times best-selling culture and food writer, will talk about the confluence of improvisation and creativity Friday, Nov. 8, at Loyola University’s Roussel Hall. Pollan is the author of “How to Change Your Mind: What the New Science of Psychedelics Teaches Us About Consciousness, Dying, Addiction, Depression and Transcendence.”

“Psychedelics force us out of our default mode network,” said Fertel, who will moderate Pollan’s discussion with ethno-botanist and conservationist Mark Plotkin. Tickets are available for $15 through improvconferencenola.com.

On Saturday, Nov. 9, conference sessions will include a discussion of improvisation and identity which will explore race beyond fixed categories. “There is a long history of black New Orleanians ‘passing’ as white,” said Chachere. “To pass is to improvise on thin ice. Relationships are not always obvious. Once you ask questions, the answers can be amazing,” said Chachere whose ancestors include black and white family members. Xavier University professor Dr. Wendy Gaudin will moderate the panel featuring author Bliss Broyard, author Dr. Shirley Elizabeth Thompson and visual artist Kristina Kay Robinson. All four are women of color.

New York Times food correspondent Brett Anderson, formerly of The Times-Picayune, will lead a conversation on how communities – especially coastal cities — rebuild and recover food systems in the wake of disasters. Joining Anderson will be author and journalist Andrew Lani, Vietnamese fishing community consultant Sandy Ha Nguyen and Donna Cavato from Communities in Schools. “This session was inspired by the work John Besh and others did after Katrina to re-establish our food systems,” said Fertel.

Architect Steven Bingler, along with author Roberta Gratz and Colloquate Design and Paper Monuments leaders Sue Mobley and Bryan C. Lee Jr. will discuss how to best make a city viable and inclusive via “top down” and “ground up” planning strategies.

Respected New Orleans drummers Stanton Moore, founding member of Galactic’ “The King of Treme” Shannon Powell; and Herman Riley, “The Baron of the Boom Boom,” will talk about their passion for music and their craft. New Orleans Jazz Museum music curator David Kunian will facilitate the session. “Drumming is like your heartbeat,” said Fertel. “The drummer understands the rhythm of your body, keeping time, pulsating in the streets.”

Considered the most widely read satirist in America, Jules Feiffer will present his wit and wisdom at Saturday’s evening conversation to be held at Tulane University’s Freeman Auditorium. Walt Handelsman, the Pulitzer-winning Times-Picayune | New Orleans Advocate political cartoonist, will introduce Feiffer while award-winning biographer Michael Tisserand will moderate. “At age 90, Jules Feiffer is still a magnificent artist whose work is totally improvisational. We look forward to toasting him,” said Fertel. Tickets for the Feiffer talk can be purchased for $15 at improveconferencenola.com.

The conference will end Sunday with two free events at the new Louisiana Children’s Museum in City Park – a 3 p.m. musical performance by the Stanton Moore Trio featuring David Torkanowsky and James Singleton and a series of three youth interactive workshops beginning at 11:30 a.m. Under the direction of Rahn Broady, children will learn how to make a custard-based ice cream using ingredients found in the Edible Schoolyard garden, including turmeric and basic herbs.

Fertel said he created the conference to foster greater awareness about the benefits of improvisation. In 2015, Fertel published “A Taste of Chaos: The Art of Literary Improvisation,” a sweeping view of the complex history of the notion of artistic spontaneity. “This is my life’s work, explained Fertel. “I stumbled on the subject and it won’t let me go. Louis Armstrong pushed back against traditional music. He upgraded it stitching together various elements intuitively, not objectively. Some people say Armstrong’s work is as good as any classical music piece.”