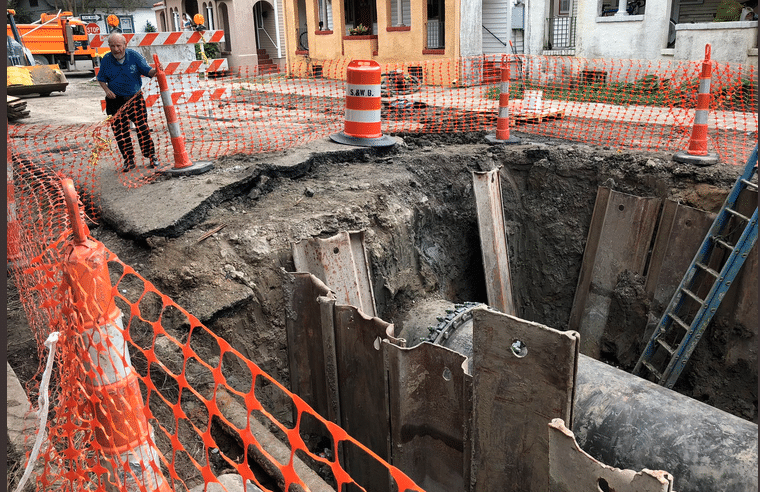 The broken water main was replaced Monday. (via Twitter)

The precautionary boil water advisory was lifted for the Uptown area just before noon on Tuesday. The emergency situation is over, officials said, and residents can resume the use of tap water.

It was the second advisory issued since a 111-year-old water main broke at the corner of Lowerline and Panola streets on Saturday. The first was lifted Monday morning only be reinstated a few hours later.

Customers who have not used their water supply during this precautionary boil water advisory are advised to flush their internal and external plumbing by running water through their system for several minutes.

Monday’s renewed advisory was the eighth so far this year in Orleans Parish and the third for Uptown, officials said.

On Twitter, the S&WB stated: “We’ve been seeing residents ask about the safety of the water before the second boil water advisory was issued. Bacteriological tests showed that pressure drop that took place Saturday afternoon had no effect on water quality. So yes, the water was always safe to use and consume.”

The S&WB, in consultation with the Louisiana Department of Health, completed testing water quality samples on Tuesday, according to the S&WB. Bacteriological tests confirmed that water in the area was safe to drink and could be used for personal needs.

In a press release issued Tuesday, the S&WB states: “Water samples from across the Uptown area have tested negative for contamination. SWBNO is committed to providing safe drinking water, and this precautionary boil water advisory was issued out of an abundance of caution to ensure the public’s safety. We thank the impacted residents and businesses for their patience and apologize for any inconvenience this may have caused. We also commend the fast and professional work of SWBNO employees from several departments and the excellent cooperation of LDH officials during this event.”

A 48-inch diameter water main broke on Satuday, Oct. 12, near the corner of Lowerline and Panola streets, causing water pressure to fall below 20 psi in the areas bounded by Carrollton Avenue, Interstate 10, the Pontchartrain Expressway, Calliope Street and the Mississippi River.

As crews were returning water to the isolated area by opening the valves, water rushed in, but the pressure dropped again. This is likely because valves were opened too fast and too much.

“We quickly closed the valves when we saw the pressure drop, but it was too late to avoid another boil water advisory,” the S&WB states in a Monday press release. “Water pressure has stabilized, allowing the water quality testing to commence.”

You can review general and state recommendations for managing a boil water advisory at http://ready.nola.gov/plan/boil-water/ 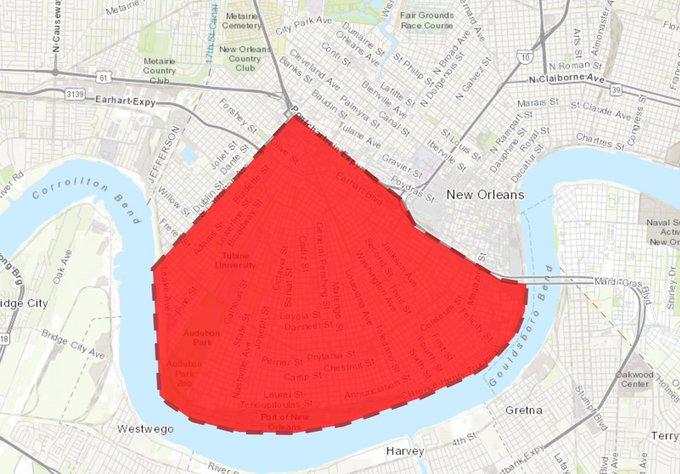 The area affected by the boil water advisories. (via Sewerage & Water Board)