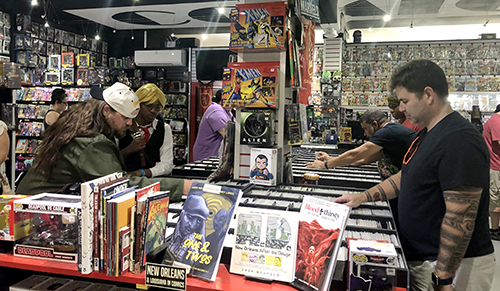 Shoppers browse through comics at Crescent City Comics. The store held a party on Saturday to celebrate 10 years since its reopening after Hurricane Katrina. (Sharon Lurye, Uptown Messenger)

Fans assembled at Crescent City Comics in the Freret neighborhood on Saturday to celebrate the 10th anniversary of the comic book store’s rebirth after Hurricane Katrina.

It wasn’t always clear that the store would make it this far. It opened in Gentilly in 1994, but when the storm hit in 2005, the shop lost much of its stock to flooding. It stayed shuttered for the next four years.

“It was definitely a possibility it could be the end,” said store manager Leo McGovern.

The store held a party at the Calhoun Street location on Friday, complete with drinks and music. But it wasn’t that much different from what the store looks like on any day of the week: comic book fans of all stripes coming together to talk, laugh and geek out over their favorite graphic novels. 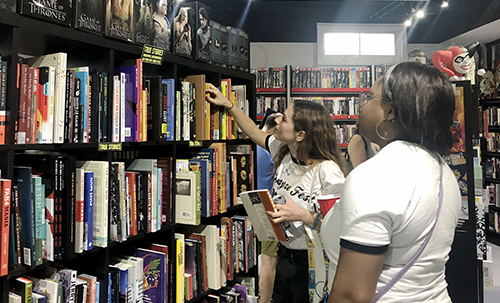 What makes the store stand out, owner Les Arceneaux said, is its focus on stocking a variety of genres so as to appeal to “all tastes and all people.” The shop welcomes everybody, whether they’re hardcore fans or casual readers.

“We don’t want it to be a boys club or where you have to know the first appearance of every comic character to belong here,” Arcenaux said.

Malik Matthews was someone who wasn’t particularly into comics until he discovered Crescent City. An employee showed him a comic where Captain America fights the Nazis. From there, he was hooked.

“That really boosted my interest in comics and anime,” he said. “It had a really big impact on my life.”

Just as the store has grown in the past decade, so has the comics industry.

“Comics – especially in the past 10 to 15 years – have really exploded in the types of genres represented,” McGovern said. “It’s finally not just superheroes anymore.” 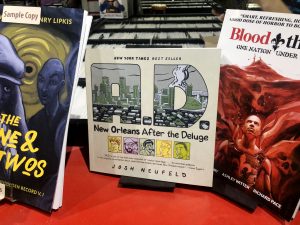 Store manager Leo McGovern is featured as a character in the graphic novel “A.D.: New Orleans After the Deluge” by Josh Neufeld.

The store still stocks plenty of superhero comics, but it also has everything from Japanese manga to indie graphic novels.

McGovern said he was particularly proud of the section on local comics – he even appears in one himself, as a character in “A.D.: New Orleans After the Deluge” by Josh Neufeld.

“The writers are way more diverse now and so are the characters and the stories that are being told,” said store employee Claire Commagere. Her own favorite comic is a dark adventure series called Die by Kieron Gillen, whose plot she described as “goth Jumanji.”

Commagere said that the thing she likes most about the store is that employees value getting someone to read a comic they’ll love more than necessarily selling it for the highest price. “We’re in it for people to read comics,” she said. 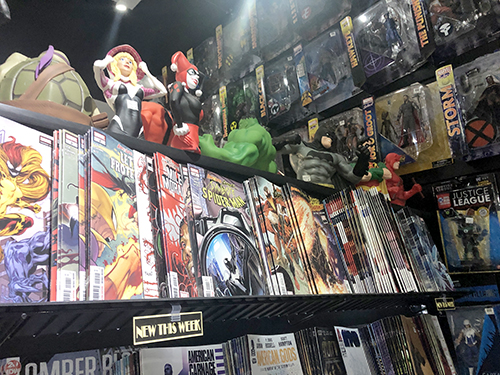