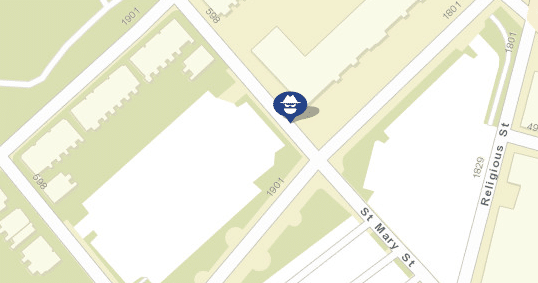 A man was arrested Sunday in connection to an armed robbery and domestic abuse in the St. Thomas area, the New Orleans Police Department reported.

The victim, a 29-year-old woman, arrived at her home in the 500 block of St. Mary Street with friends at about 7 a.m. on Sunday, Sept. 8, when a man she identified as David Sparrow, 27, approached her. After the two began arguing, he pointed a gun at her friends, advising them to move back.

When the woman tried to walk away, the gunman grabbed her and took her purse, emptying out the contents and fleeing with her keys.

Sparrow was later apprehended in the incident and faces charges of criminal mischief, unauthorized entry of an inhabited dwelling, armed robbery, aggravated assault with a firearm and domestic abuse battery.

In a separate incident, a Central City woman was arrested Sunday in a stabbing, the New Orleans Police Department reported.

The victim, a 38-year-old woman, was arguing with another woman at Sixth and Magnolia streets at about 8:25 p.m. on Sunday, Sept. 8. The other woman went to her home and returned with two knives. She stabbed the victim once in the right forearm, police said.

Further details were not immediately available. Anyone with information on these incidents is urged to call the NOPD Sixth District station at 504-658-6060 to speak to a detective, or Crimestoppers at 504-822-1111 to leave an anonymous tip that could be eligible for a cash reward.