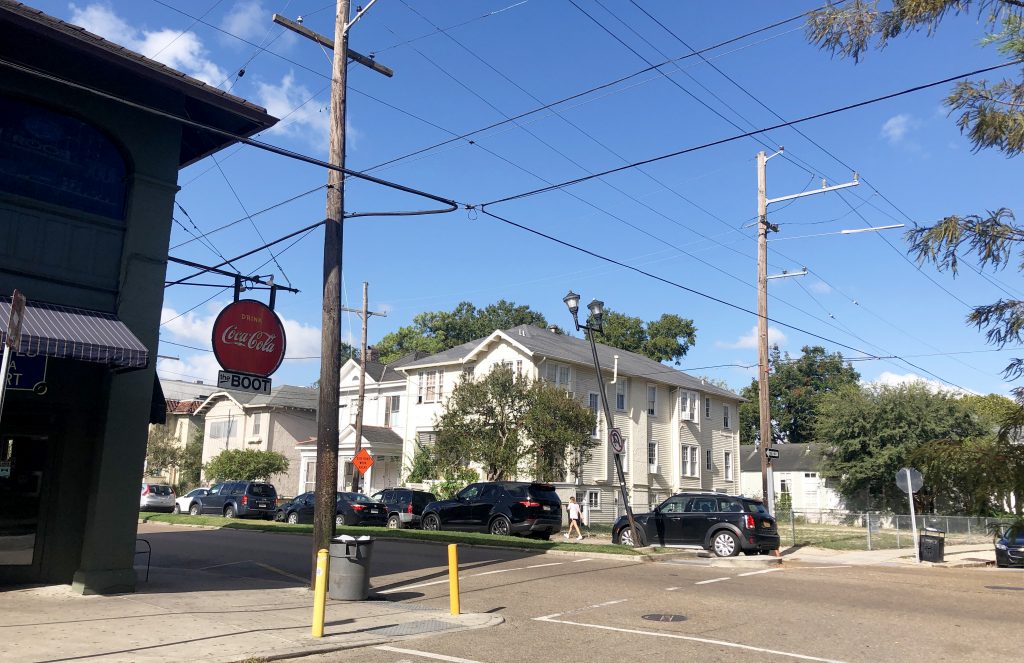 The Tulane University Police Department wants to build a new station across from The Boot, a popular student bar at the corner of Zimpel and Broadway. The station, a command center for off-campus patrols, would be built on an empty lot where a fraternity house was razed. (Sharon Lurye, Uptown Mesenger)

Students who like to party at The Boot on Saturday nights may have to deal with a new neighbor next year: the cops.

The Tulane University Police Department wants to build a new station across from The Boot, a popular student bar at the corner of Zimpel Street and Broadway.  The station would serve as a command center for the department’s off-campus patrols, and would be open 24/7.

Before the university can move forward with its plans, it must first ask for approval from the City Planning Commission, as the area is zoned residential. A public hearing is scheduled for Oct. 8 in City Hall.

If approved, the new station will be 3,360 square feet and one story high. The university estimates that construction would take around eight months.

Tulane’s police officers, who are allowed to make arrests and carry weapons, patrol an area one mile around the Uptown campus. The university employs 100 full-time officers, according to its website.

The empty lot where Tulane wants to build the substation has a lurid history. It was originally the site of the Pi Kappa Alpha fraternity, which the university shut down in 2008 after an infamous “Hell Night” hazing incident.

Harold Gaspard, 79, who lives next to the empty lot, said that he supports the new station and feels it would make the area safer.

Management at The Boot also supports the new police station.

“Whenever you have TUPD officers who are visible, we always think it helps this area,” said Alexander Abbyad, director of operations at the bar. “We like the visibility. It also gives students access for when they need it.” 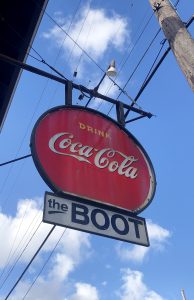 Patrons who were at The Boot on a rollicking Saturday night gave differing opinions on what they thought of more cops near their go-to drinking spot. Some, like 22-year-old Nicholas Kratz, a senior at Tulane, felt that putting the station within a stone’s throw from the bar would lead to conflict.

“I think that’s just going to create a lot of tension between the school and the students that’s not needed,” he said. “This is obviously a school where people come to have fun, and putting a police department right across from the campus bar, I don’t think that’s going to bode well.”

Others said that a new police station would make them feel safer. Several young women said they were concerned about reports of a sexual predator at the bar. On Saturday, Sept. 21, New Orleans police arrested a Loyola student who has been accused of sexually assaulting women he met at The Boot.

The alleged assaults occurred on Aug. 24 and Sept. 4, according to a campus-wide email alerts from the Tulane police. On Friday, Sept. 20, a woman reported being touched without her consent at the bar and another woman reported suspicions that her drink had been drugged.

A suspect was arrested the next day after The Boot’s management supplied police with security camera footage. He is identified as Carlos Pena Cifuentes, 21, New Orleans police said.

Cifuentes was booked into Orleans Parish Justice Center on one count of sexual battery in the first incident reported on Friday. He was released Sunday on $3,500 bail and is allowed to attend classes, court records show. The other incidents are under investigation.

“We are relieved the individual has been taken into custody and we will continue to ensure that our patrons remain safe at all times,” Abbyad said in a statement after the arrest.

Another Boot patron, 21-year-old Louisa, who asked that her last name not be published, summed the situation up this way: “I think it’s necessary, although it may ruin some people’s fun.”

Reporter Sharon Lurye can be reached at sharonlurye@gmail.com.