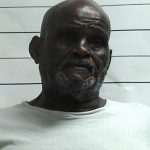 A suspect in an armed robbery was arrested Tuesday night shortly after the indent took place, the New Orleans Police Department reported.

The victim, a 30-year-old man, was walking near Louisiana Avenue and Danneel Street at about 11:15 p.m. on Tuesday, Sept. 10, when he was approached by a man armed with a gun who demanded his phone and money, the police report states. The victim complied.

Shedrick Roy, 68, was arrested in the area shortly thereafter. He is held in the Orleans Justice Center facing an armed robbery charge. His arrest record, primarily on charges of cocaine possession, goes back to 1989.