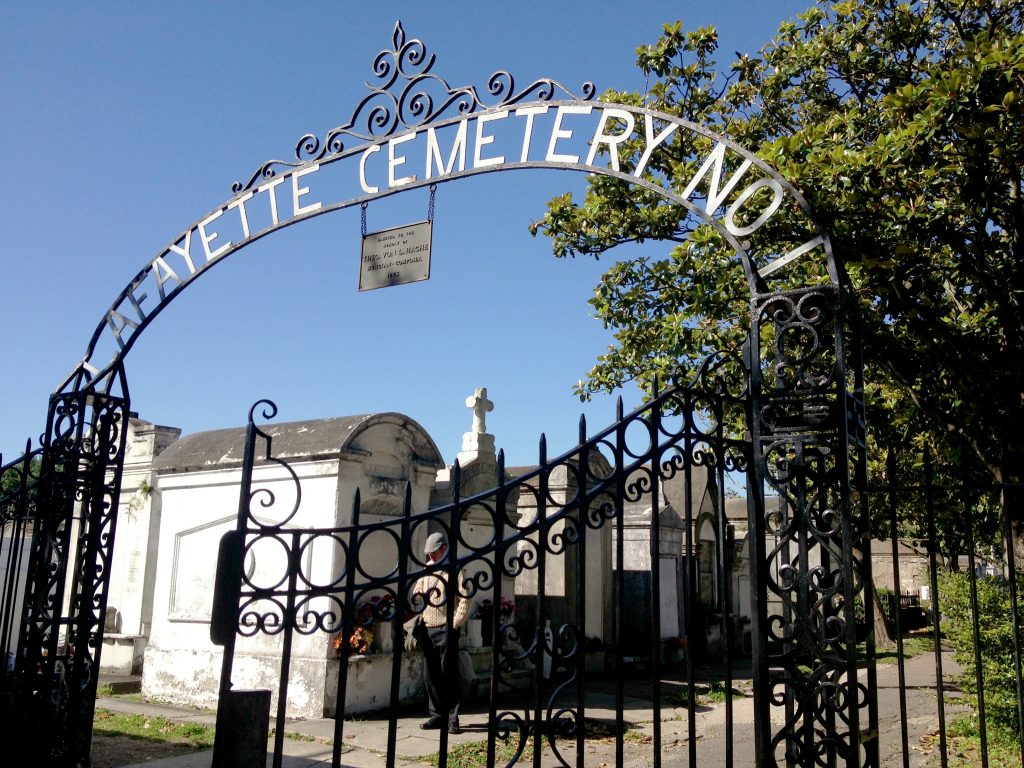 Lafayette No. 1 is the city’s oldest municipal cemetery. (photo by President Rhapsody, via commons.wikimedia.org)

On Monday, Lafayette Cemetery No. 1 in the Garden District is scheduled to close temporarily for maintenance and repairs conducted by the Department of Property Management, the Mayor’s Office announced.

During the closure, neither the public nor commercial tours will be permitted in the cemetery. Tomb owners may continue to access their family plot and make funeral arrangements by calling Property Management at 504-658-3781 to set up an appointment.

Some of planned work includes thorough cleanup of debris; trimming of grass, overgrowth from street trees; removal of magnolia trees; repair of water line; removal and repaving of walking paths; structural repair of brick wall on the Coliseum Street side; repairs of abandoned tombs; and drainage improvements.

Save Our Cemeteries tallies about 1,100 family tombs and more than 7,000 people who are buried in in the single city block that contains the historic cemetery.

Located between Washington, Sixth, Prytania, and Coliseum streets, Lafayette Cemetery No. 1 is the oldest of the seven city-operated cemeteries in New Orleans and the oldest planned cemetery in the city. Its plans date to 1832, according to Save Our Cemeteries.

It was then located in the suburb of Lafayette, encompassing what is now the Garden District and the Irish Channel.

The cemetery was included in the National Register of Historic Places in 1972 for its architectural and social-historical importance.