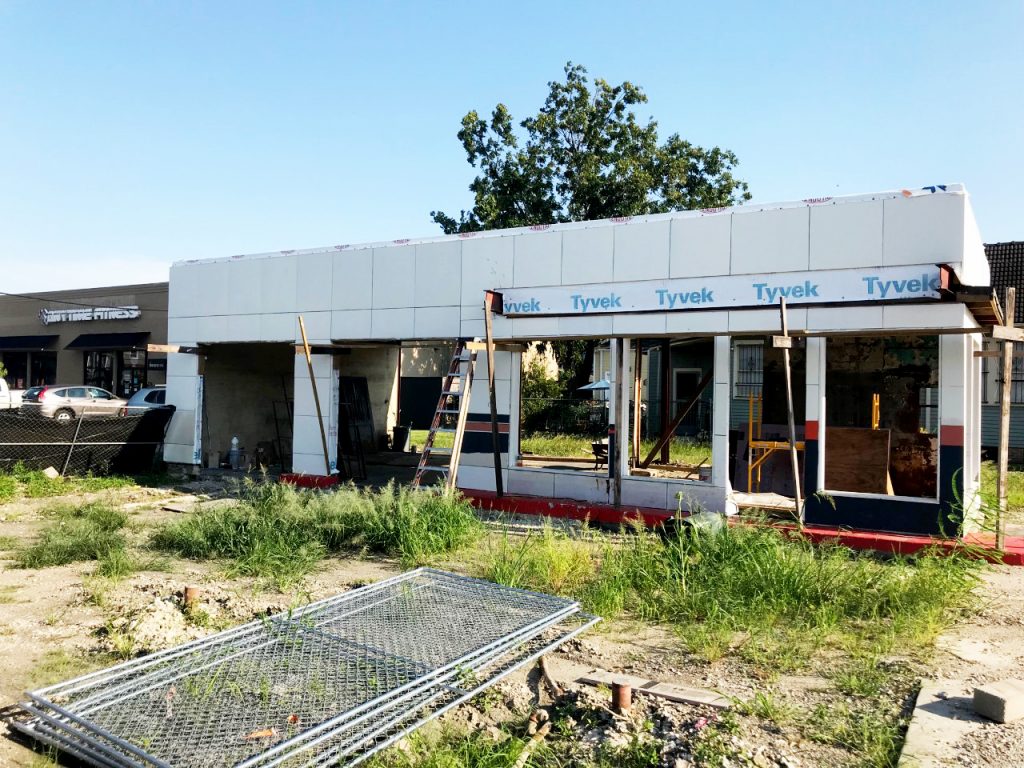 After sitting unused for more than four years, the prime corner that used to be home to the Freret Service Center in the heart of the Freret corridor may be the latest addition to the area’s restaurant scene — complete with a full bar and large patio dining area.

Work has been underway for months at the site of the decades-old auto shop at the corner of Freret and Valence streets, with broad speculation in the Freret neighborhood about what might go in its place.

A recent renovation permit filing with the city sheds some light on that — calling for a new restaurant largely centered on patio dining.

A proposed floor plan sent to the city shows much of the restaurant’s seating would be in outdoor dining spaces totaling more than 1,000 square feet right off Freret Street. A more than 3,000-square-foot indoor area — utilizing the existing structure — would house the bar, kitchen, bathrooms and indoor dining room farther away from the street.

Exactly what the restaurant will be is still in the works. A spokeswoman for the project said the developers haven’t decided on much beyond the architectural plans. A timeline for the project also wasn’t immediately available.

But one thing that’s for sure is the main developer is no stranger to the Freret neighborhood.

Construction is being overseen by Matt Kohnke, through his firm MNK Design / Build, which is responsible for numerous residential projects recently in the Freret neighborhood.

Kohnke is perhaps best known as the co-founder of Cure — the award-winning watering hole at Freret and Upperline streets that was one of the first new businesses to make its home on Freret after Hurricane Katrina.

A restaurant at the corner of Freret and Valence would mark the third new development bordering the intersection.

In January, the Kolache Kitchen opened at the location of the former Freret Street Poboys and Donuts at the northwest corner of the intersection. On the northeast side, plans are in place for a Rouses grocery store to take the place of Bloomin’ Deals. 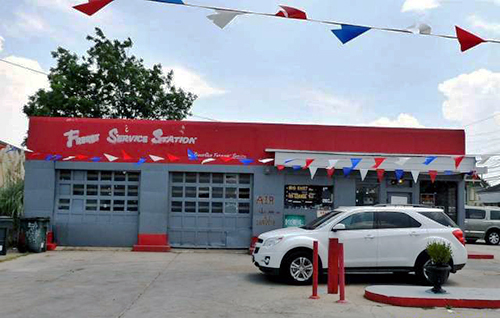 The Freret Service Center is seen on June 21, 2014, a year before it closed. (via city of New Orleans)

The Freret Service Station sat at the southeast side of the corner. The southwest side is home to a Mojo Coffee House, which opened in 2012.

But at a corner where so much has changed, one thing remains the same — Pat Shelby McGee, whose family for over 50 years owned the property where the Freret Service Center did business, remains as owner of the property.

Its garage bays closed for the final time with little warning in June 2015.

Shelby McGee expressed hope a business would one day open again, though, in the “nostalgic” auto shop building.

“I’m going to save as much as I can with that look,” she said after the closure.