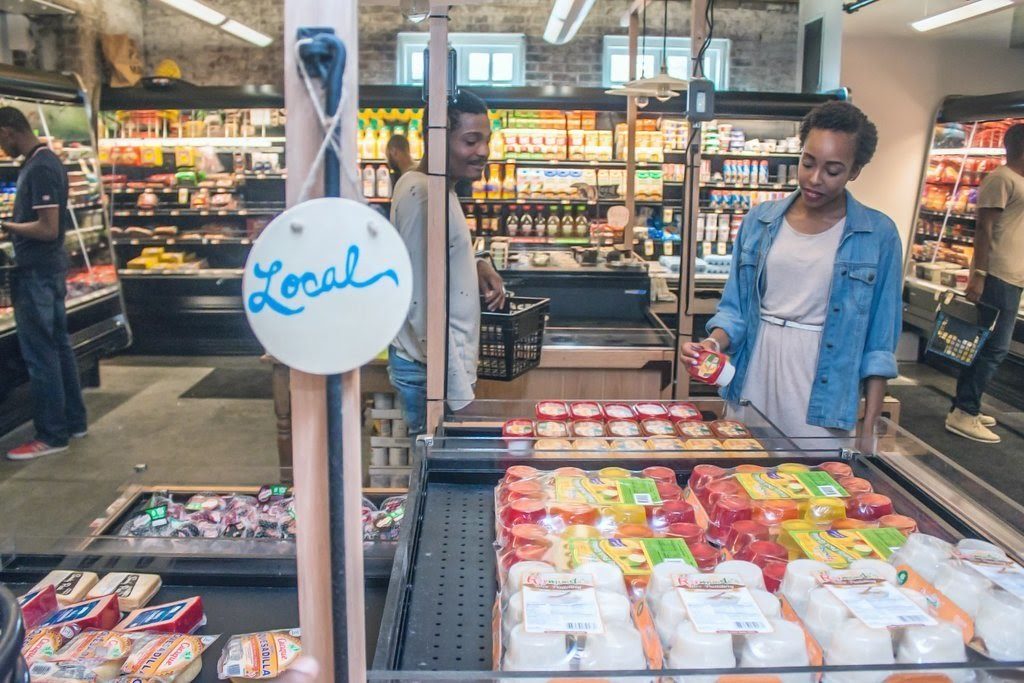 An anchor of the Oretha Castle Haley Boulevard shopping district, Dryades Public Market opened in 2016 as a way to bring fresh, affordable food to a low-income neighborhood with few grocery options.

“This is my primary grocery store,” said Trenell Thomas, Dryades Public Market assistant manager. She’s not concerned for herself, however. Thomas owns a car and can drive to another store. She said she’s worried about the Central City residents who don’t have transportation — in particular the elderly, who may not be able to walk long distances. 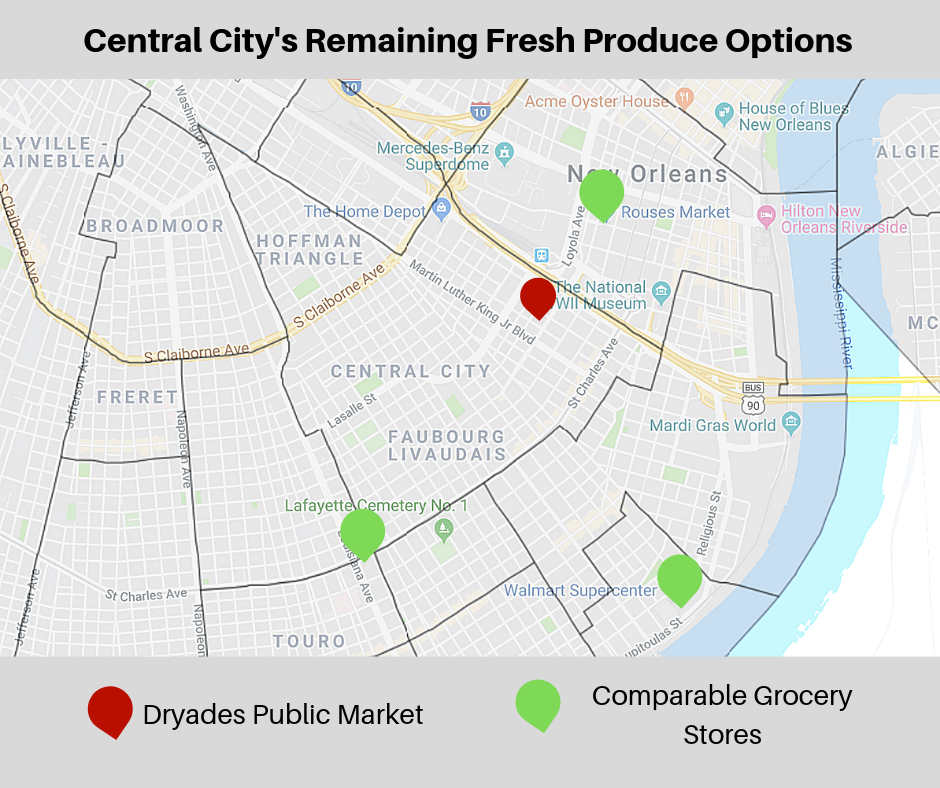 The closest grocers that rival the size and selection of Dryades Public Market are Rouses Supermarket at Girod and Baronne streets (a half-mile from Dryades Market); Fresh Market, an upscale grocer at Louisiana and St. Charles avenues (1.4 miles away); and the Walmart at Tchoupitoulas Street and St. Andrews Street (1.6 miles away).

The market has struggled from the beginning. By the end of its first year of operation, it had gone through two CEOs and hired a supermarket-turnaround consultant. According to reporting by NOLA.com, the Oretha Castle Haley corridor was not attracting the foot traffic the market needed to stay open.

The market’s closure could further reduce the corridor’s draw. “It’s going to be a hit for the neighborhood,” said Thomas Ketchens, a store patron whose wife owns So So Fresh, a juice bar that operated out of the market’s central bar.

Vendors like So So Fresh shared a space with Dryades Public Market, and some of these vendors, including So So Fresh, will remain in the space.

Willie Mae Turner, manager of Dryades Public Market, said she is committed to finding new jobs for the market’s employees. She can be reached at info@dryadespublicmarket.com.