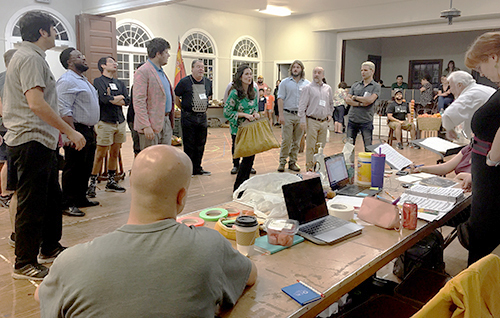 When the New Orleans Opera Association kicks off its 77th season Friday, Oct. 4 with Bizet’s Carmen, it will continue a tradition that has been flourishing for more than 200 years. Though many consider New Orleans the birthplace of jazz and Big Freedia’s twerk, New Orleans also stands out as the first city of opera in America.

“We take great pride as the first producers of opera in America,” said Robert Lyall who has been the director of the New Orleans Opera Association for 22 years. Opera began in New Orleans in 1796 as a direct cultural pipeline from Paris.

“Europeans of every stripe” began bringing their latest works to New Orleans, and New Orleanians of all stripes were an extremely receptive audience. Since the late 1700s, the city has been home to a regularly performing resident opera company as well as touring shows.

“In the development of New Orleans in the 18th and 19th century, the arts were right at the center of it and opera was at the center of the arts,” said Lyall. Though there have been many technological changes, the New Orleans Opera Association keeps the spirit of opera alive with a mixture of classic and new pieces.

“We try to strike a perfect balance. Opera is a living art form. There are many new works coming out featuring new composters and styles.” Lyall praised New Orleans jazz trumpeter Terence Blanchard, who recently became the first black composer to have an opera presented at the New Orleans Metropolitan Opera as part of the wave future. 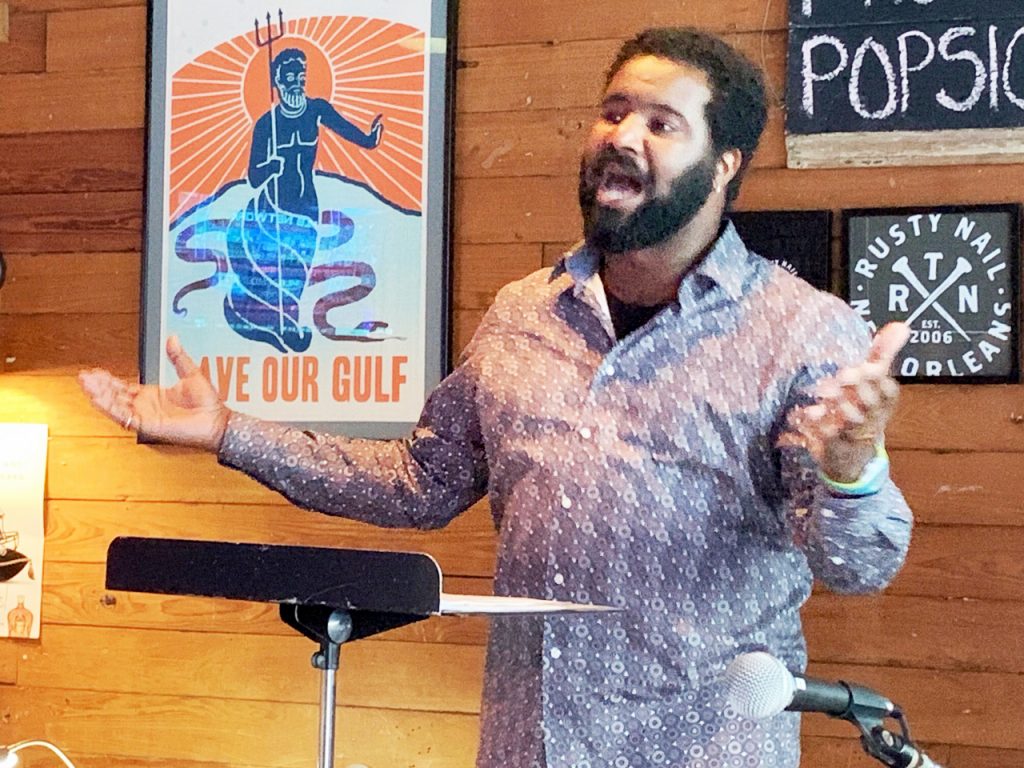 Tyrone Chambers performs at Opera on Tap on Wednesday, Sept. 25, at the Rusty Nail. (Danae Columbus)

Last night’s free performance at the Rusty Nail drew a standing-room-only audience of enthusiastic fans of all ages. Opera on Tap is held twice monthly. “Opera offers something for everyone. New Orleans has a personality all its own. It’s been a pleasure to be a part of opera in this great city,” Lyall concluded.

MILLAGE INCREASES ON THE HORIZON

With the property tax appeal hearings wrapping up, the next assault is the millage increase hearings which started yesterday with the Downtown Development District. What public agency that collects millage is going to say they won’t “roll the millage forward”? Which among them doesn’t want to increase their operating budget? In addition to the DDD those agencies include NOLA schools, the Sewerage & Water Board, Orleans Levee District and its Algiers sister agency, City Park, Audubon Commission, Orleans Parish Sheriff’s Office and of course the city of New Orleans.

The City Council will eventually figure out how to extract at least some property tax funds from non-profits. In the meantime, increased property taxes will surely continue to sting most homeowners.