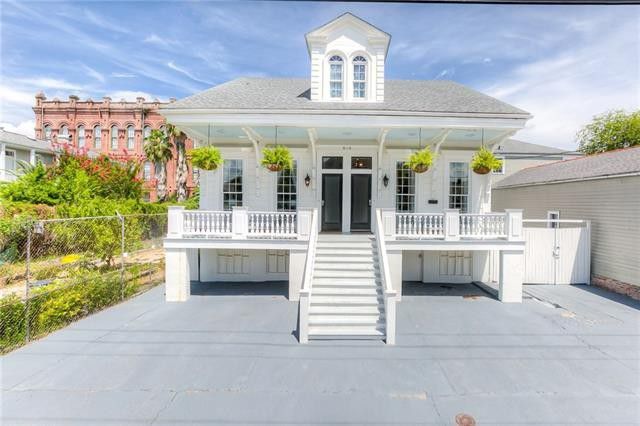 The fourplex at 919 Jackson Ave. was briefly on the market in 2018, according to realtor.com. (photo via realtor.com)

A Lower Garden District property owner’s appeal to regain his short-term rental licenses was spurned by the Board of Zoning Adjustments this week, giving an indication of the city’s stand on grandfathering in short-term rentals.

Christian Galvin received four temporary STR licenses in 2017 for a fourplex he owns at 919 Jackson Ave. When he applied for renewal in May, the Department of Safety and Permits rejected the application.

In 2018, the City Council passed an interim zoning district, or IZD, that prohibits renewing the temporary STR licenses in most of the city, including those areas with historic urban residential zoning, like the Jackson Avenue building.

Galvin, an active STR proponent, objected to the decision and took his case to Civil District Court, claiming the city unlawfully denied him a legal nonconforming use. The court refused the case, saying he had to first exhaust his administrative remedies with the city, such as the appeal to the Board of Zoning Adjustments.

Speaking to the BZA, Galvin’s attorney, Richard Duplantier of Galloway Johnson, said Galvin has been renting the apartments to visitors since 2013 without complaints from the neighbors.

“There’s never been a single complaint. The property caddy-corner to Mr. Galvan has been zoned for short-term rental,” Duplantier said. “This is not a residential corridor. This is Jackson Avenue.”

Galvin was granted a lawful permit that should continue as an approved use, Duplantier told the board. “The IZD cannot come in and change that into an unlawful use after the fact,” he said.

The city’s attorneys stated that short-term rentals were not lawful until the city’s first STR regulations in 2015. Until then, it was illegal to lease a property for less than 30 days. A meth lab or brothel, city attorneys pointed out, cannot be grandfathered in just because it previously existed.

Staff attorneys also noted that the type of STR license Galvin received was only for 90 days a year. “By nature of the license being only for 90 days, this would not have been a legal operation,” board member Candice Richards Forest said.

The Board of Zoning Adjustments voted unanimously to uphold the Safety and Permits decision.